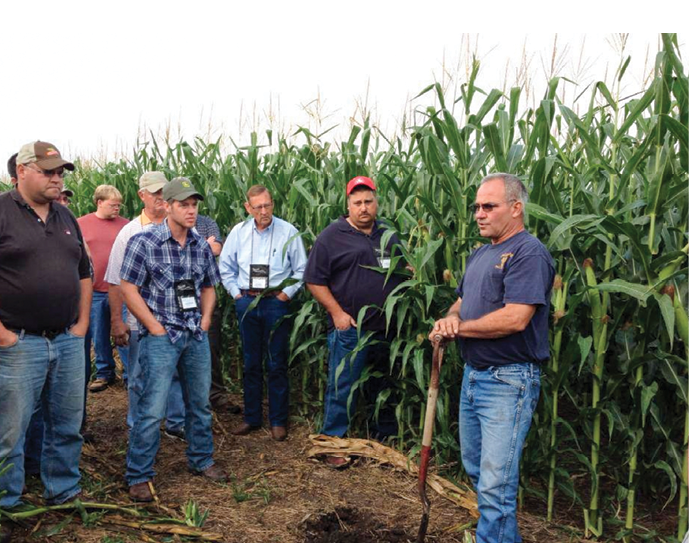 What began as an economic decision has morphed into a successful and profitable livestock and cropping operation for longtime South Dakota no-tiller Rick Bieber.

When Rick Bieber adopted no-till during the 1980s, he knew little about how or why reduced tillage might benefit his soils. He was simply searching for ways to lower input and labor costs to make his farming operation a paying proposition.

“I didn’t have the money to purchase all the iron it would take to do the tillage that was considered to be essential to a successful farming operation at that time,” Bieber says. “I had to make do with the aging, small amount of equipment I could afford.”

But times have changed for Bieber, who with his son, Ben, raises wheat, corn, soybeans, flax, peas, sunflowers and alfalfa on about 5,000 acres near Trail City, S.D. They also manage 5,000 acres of rangeland, running a 600-head cow-calf operation.

Bieber has become one of South Dakota’s most passionate advocates for no-till practices, speaking at numerous conferences and field days about the importance of soil health, not just reducing expenses.

“I’m not so sure that I introduced no-till practices so much as I re-introduced them to our farm,” he says. “Many of the things we’re beginning to do now were used in farming before all our modern technology was developed.

“Over the years I’ve come to view the soil to be similar to the skin that covers our human bodies, and residue and cover crops are like clothes on the soil,” he adds. “Soil needs to be protected just like the skin on our bodies. Just as we don’t like to…

Premium content is for our Digital-only and Premium subscribers. A Print-only subscription doesn't qualify. Please purchase/upgrade a subscription with the Digital product to get access to all No-Till Farmer content and archives online. Learn more about the different versions and what is included.
KEYWORDS bushels Corn Cover-crop Covers growing moisture planter residue sunflower Wheat yield yields

What I've Learned From No-Tilling: Chasing Savings, Pushing Yields With No-Till and Strip-Till

What I've Learned From No-Tilling: No-Tilled To Save Time, But Quickly Saw Soil Benefits

Rotations or No-Till Most Critical?