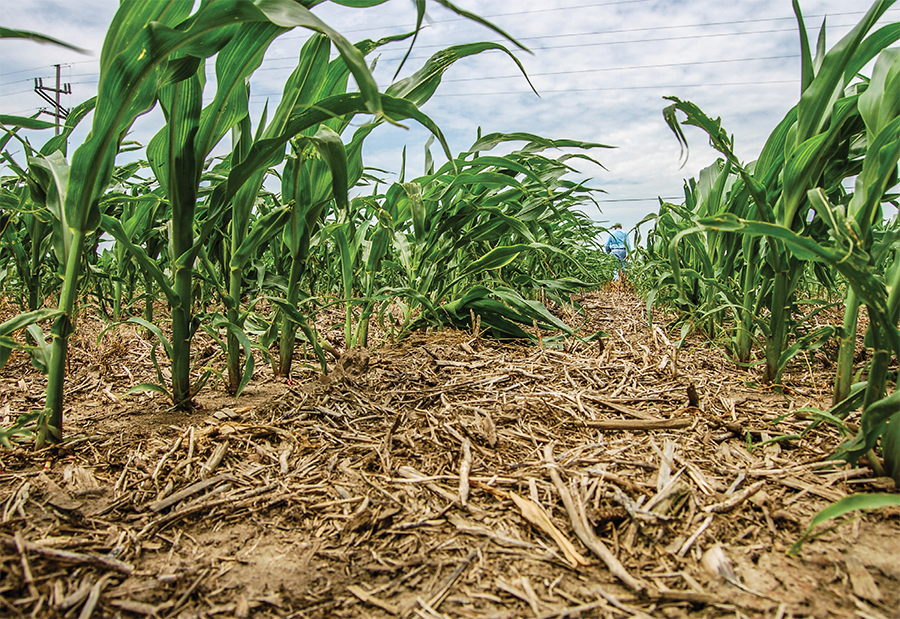 The most recent Census of Agriculture found no-tilled acres in the U.S. reached a new high of 96 million acres in 2012, but experts say obstacles remain to more consistent adoption of the practice.

Nearly 35% of cropland acres in the U.S. are no-tilled and more than 10 million acres of cover crops have been seeded across the country.

That’s the conclusion drawn by the 2012 Census of Agriculture, the results of which were released recently by the U.S. Department of Agriculture.

The wide-ranging survey, held every 5 years, produced a 695-page report on numerous aspects of U.S. agriculture, including the number of tillable acres that were no-tilled or saw conservation or conventional-tillage practices.

As of 2012, there were more than 389 million acres of total cropland in the U.S. and 279 million tillable acres, with 96 million acres falling under no-till practices — up from about 88 million acres that the USDA’s Economic Research Service (ERS) estimated in 2010. That report used figures compiled from 2000 to 2007.

The Census found that no-till was practiced on 278,290 farms, conservation tillage on 195,738 farms and conventional tillage on 405,692 operations. 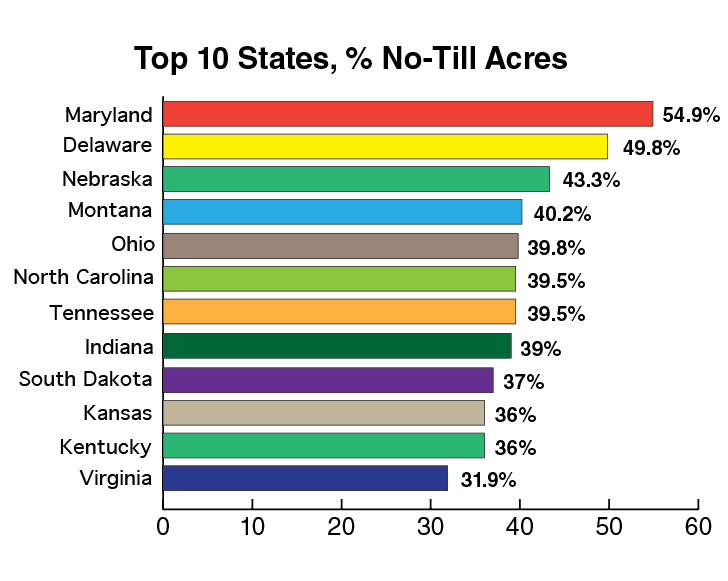 Overall, no-till practices are continuing a pattern of growth since statistics were first kept in 1972. Forty years ago, there were 3.3 million acres of no-till in the U.S., and the total has grown by an average of 2.3% annually since that year.

Premium content is for our Digital-only and Premium subscribers. A Print-only subscription doesn't qualify. Please purchase/upgrade a subscription with the Digital product to get access to all No-Till Farmer content and archives online. Learn more about the different versions and what is included.
KEYWORDS acreage census conservation cropland No-tilled practices

USDA Report: No-Till A Growing Practice In The U.S.