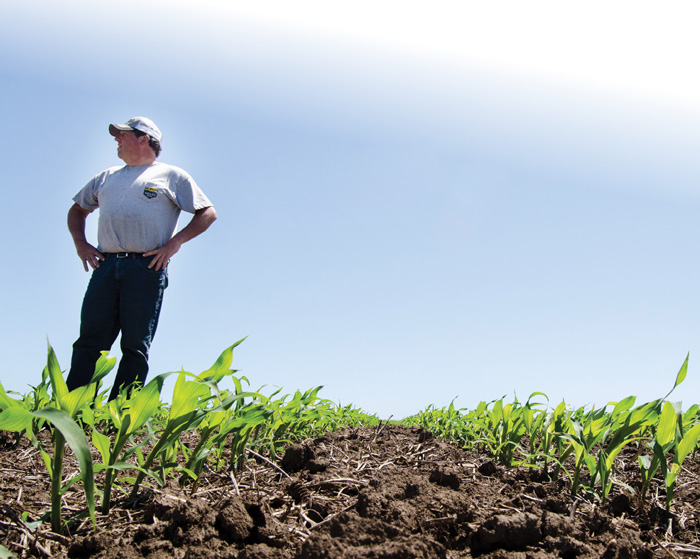 The Rebout farm in Janesville, Wis., adopted strip-till 15 years ago and constantly experiments to streamline a one-pass spring system.

GIVE AND TAKE. Janesville, Wis., strip-tillers Dan, David and Doug Rebout build their strips exclusively in the spring to avoid having anhydrous leach from the soil over the winter. However, this method exposes them to both the possibility of the increased compaction that comes with a spring pass and a tighter planting window.

Some farmers see switching to strip-till as a leap of faith. Luckily, for the Rebout family in Janesville, Wis., it was a gamble that paid off both immediately and in the long run.

In partnership, brothers Dan, Doug, David and their mother, Mary Joan, adopted strip-till 15 years ago on the family farm at the suggestion of their father, the late Roger Rebout.

“Our dad was on the corporate board of Associated Milk Producers and on the National Dairy Board, so he had the opportunity to talk to farmers from all around the country,” says Doug. “He met some farmers who were strip-tilling and really liked the idea, so he brought it home.”

The Rebout family farm includes a 700-head cattle dairy operation and 3,900 acres of farmland. Today, they strip-till all 2,500 acres of corn and no-till their soybeans, wheat and alfalfa.

When initially adopting strip-till, the Rebouts started on a limited scale. Farmers new to strip-till can face a hefty upfront investment, but by getting started 15 years ago, the Rebouts have been able to grow into technology as it emerged.

“When we first got into strip-tilling, we just went…