By Loretta Sorensen posted on June 10, 2015 | Posted in Cover Crops

Lessons learned from no-till adoption, and onfarm trials with intercropping, have helped North Dakota no-tiller Mark Jennings ramp up both yields and soil health in a limited-moisture environment.

“Depending on crop rotation plans, residual N may be the benefit we’re looking for with intercropping…” — Mark Jennings

Mark Jennings once heard someone say it’s a good practice to learn something new each day. When it comes to his no-till practices, he’s striving to accomplish that.

Even though Jennings doesn’t have an agricultural research degree, that hasn’t stopped him from testing and trying a wide variety of strategies to maximize no-till benefits on his 4,500-acre dryland farm near Washburn, N.D.

Since implementing no-till in 1998, Jennings’ wheat yields have climbed to between 50 and 55 bushel per acre. With the wet cycles in the last 3 years, he has consistently averaged 54 bushel per acre wheat.

“In his day, Dad would shoot for 40-plus on summerfallow,” Jennings says. “Now we aim for 50 bushels in our continuous cropping system. Our inputs costs have increased over the years, too. But we’re working to maximize profit by being more efficient with inputs.”

Jennings has increased crop diversity, introduced cover crops to build soil organic matter, and left crop residue standing tall to avoid cold spring soil. He says he keeps learning new things on both his own farm, and from soil conservationists and scientists in Burleigh County.

“I know I could wait until someone else tries some of these things, but I can try it too,” Jennings says. “There’s no one medicine or perfect pill that works for everyone. We’re trying to discover what works best for us.” 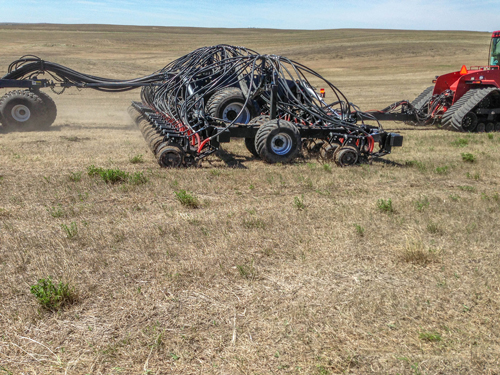 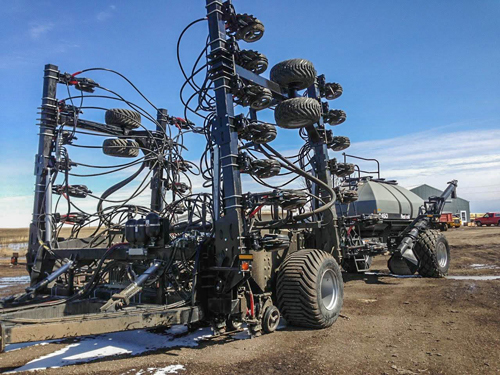 Turning a No-Till Dairy Operation Into a ‘Cash Cow’

Turning Your No-Till Planter Into A Money-Making Machine

Turning Your Sprayer into an Effective No-Till Asset