Study by Michigan State University Extension finds these tools might improve spring field conditions or soybean emergence, but too many passes could reduce no-till benefits.

Vertical tillage tools can be valuable for sizing and anchoring no-till residue and improving seedbed conditions for planting, according to a recent study by Michigan State University Extension.

Soils in these fields ranged from loam to sandy loam to clay loam. The first stand counts were within 7-10 days of planting, and subsequent counts were at one-week intervals until the plant population leveled off. In most cases, spring tillage was on the day before or day of planting. 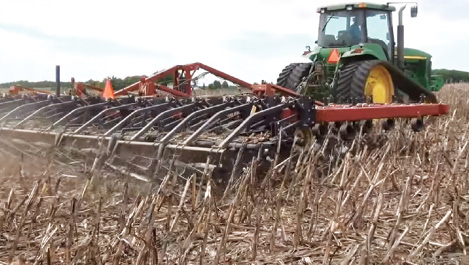