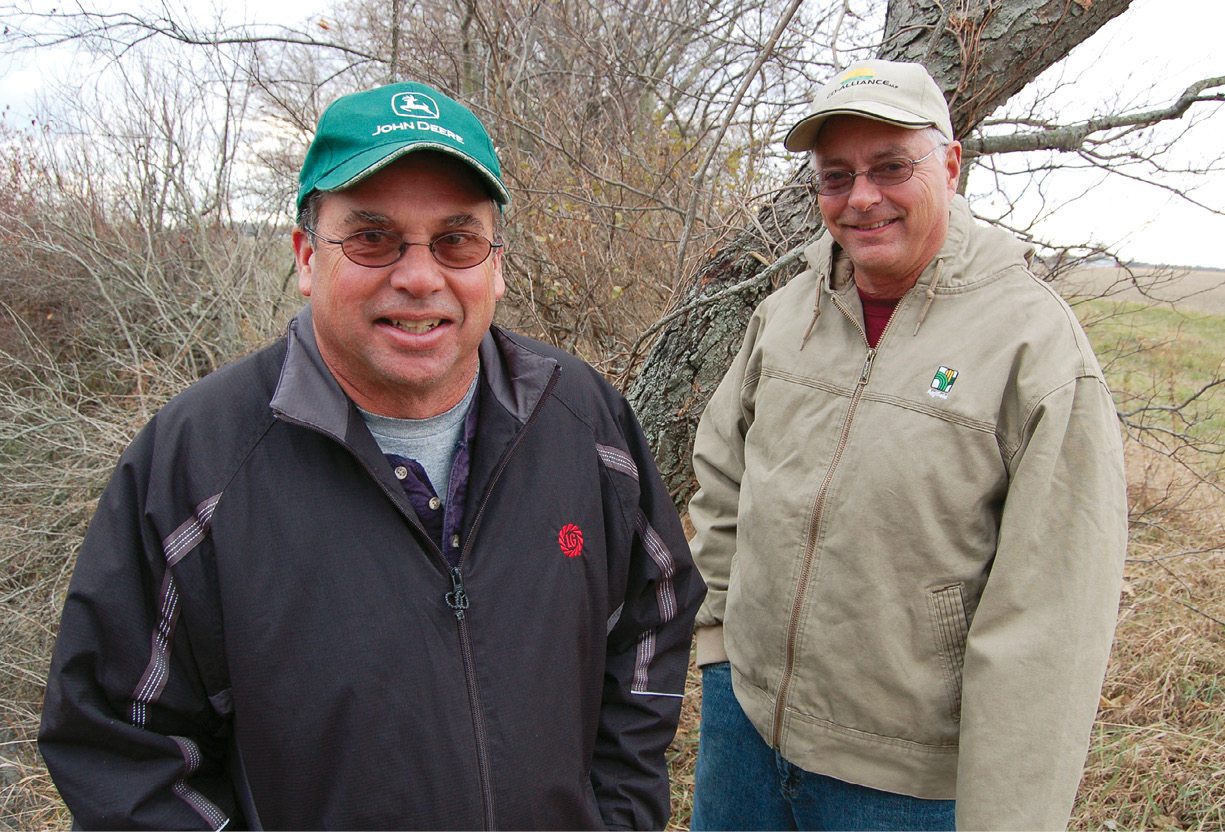 Mike Starkey admits being a little worried when researchers showed up on his farm in Brownsburg, Ind., 4 years ago, asking for permission to monitor the tile outlets leading from his fields.

And the researchers expected little more than a gruff “No thanks.”

But Starkey — a long-term no-tiller — gave them a surprising green light. Wasted fertilizer and nutrients are a pocketbook issue for no-tillers, and Starkey, being the supervisor of the county soil and water conservation district, attaches a high priority to protecting the soil.

“I don’t want inputs going down the tile lines and being wasted,” he says. “I want to keep it where it should be. It’s better for my bottom line on.”

Four years later, both Starkey and neighboring no-tiller Jack Maloney are seeing the benefits of projects they’ve started to improve subsurface drainage and reduce nutrient runoff in their portion of the Eagle Creek watershed.

The mixed-use watershed, with a 162-square-mile drainage area, is an important source of drinking water for the Indianapolis metro area.

Starkey and Maloney have worked closely with researchers at Indiana-Purdue University at Indianapolis (IUPUI) to analyze the effects of buffer strips, cover crops, gypsum, grassed waterways and soil amendments they’re using in their no-till operations.

Robert Barr, a research scientist for the university, says nutrient runoff levels are lower in and around Starkey’s and Maloney’s farms compared to surrounding test sites.

“They seem to be doing a lot of things that improve the overall nature of the soil, and…