Shift Toward Soybeans Continues in 2014

Corn acres slipped in most U.S. regions, while the picture for soybean plantings brightened.

Figure 1. Crops Raised by No-Tilelrs as a Percentage of Total Acres 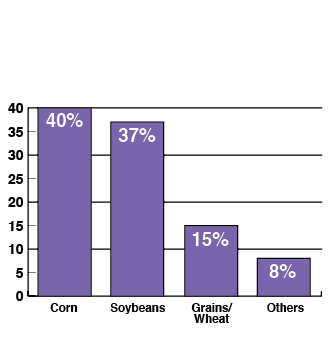 As commodity prices continued their slide last year, no-tillers have continued to shift more of their acreage to soybeans.

But the picture is much more variable at a regional level. In the Great Lakes, Appalachia and Eastern Corn Belt, corn acres saw declines on the order of 4-16 percentage points, while soybeans picked up acres in all three of those regions.

This trend seems to mirror what some analysts are seeing nationally. In its planting intentions survey released in late March, Doane Advisory Services predicts record soybean plantings of 87 million acres this year and a decline in corn plantings for the second straight year to 87 million acres, the lowest since 2009.

Cover Crop Use Among No-Till Farmer Readers Hits Another Record 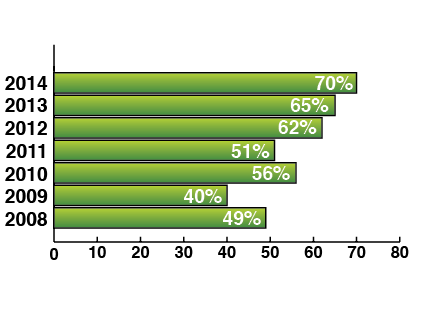