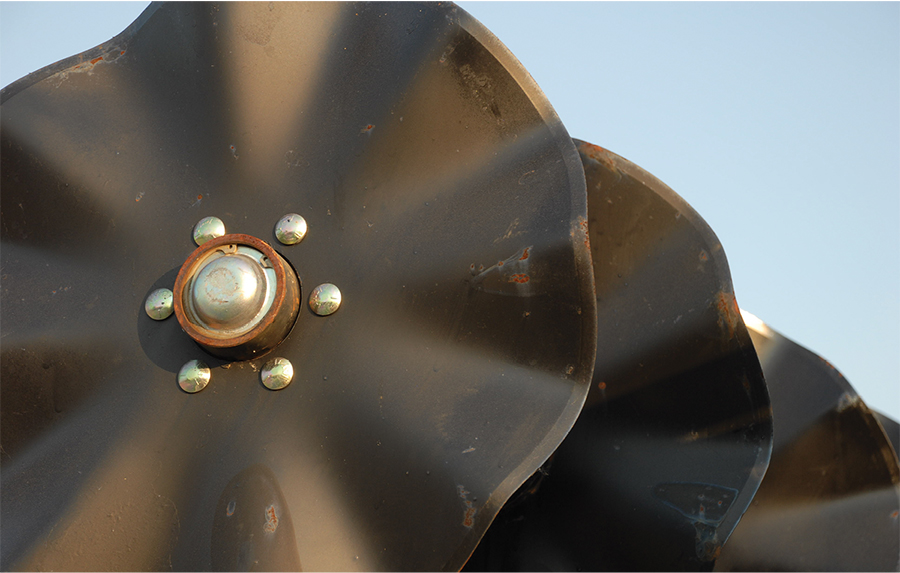 May 1, 2011 | Posted in Equipment
Recent research shows spending your time sharpening coulters for no-till planters is probably better use of your time than deciding what kind of coulter to use.
Tests at an Iowa State University laboratory soil bin with smooth, rippled, notched and fluted coulters showed little difference between them.
Most tests with the coulters were run at 19% to 22% moisture, and at soil compaction levels similar to those found under no-till field conditions.

Smooth, fluted, rippled and notched coulters 16 inches in diameter were tested along with an 18-inch rippled coulter and 18-inch sharpened, rippled coulter.
Tests were conducted at a speed of 2.8 mph and the coulters were operated at 1½- and 3-inch depths.
The coulters were run through cornstalks collected in the fall prior to corn harvest.
Stalks were cut into 1-foot lengths, set in water to provide three levels of residue moisture content, and placed on the soil surface perpendicular to the coulter path at distances of 6 inches, 1 foot and 2 feet between stalks.

The percentage of cornstalks sheared was not affected by coulter type, but was affected by moisture content of stalks, says Chang Coi and Donald Erbach, both Iowa State University ag engineers.
“The dry stalks were cut easier than wet stalks,” they say.
As the moisture content of stalks increased from 13% to 67%, the percentage of sheared stalks decreased from 89% down to 33%.
Stalk-shearing ability of the sharpened coulter was superior to that of other coulters…
To view the content, please subscribe or login.

Premium content is for our Digital-only and Premium subscribers. A Print-only subscription doesn't qualify. Please purchase/upgrade a subscription with the Digital product to get access to all No-Till Farmer content and archives online. Learn more about the different versions and what is included.
KEYWORDS Corn coulters depth Iowa state university moisture content sharpness soil conditions

Attitude Is The Most Important Prerequisite For No-Till Success