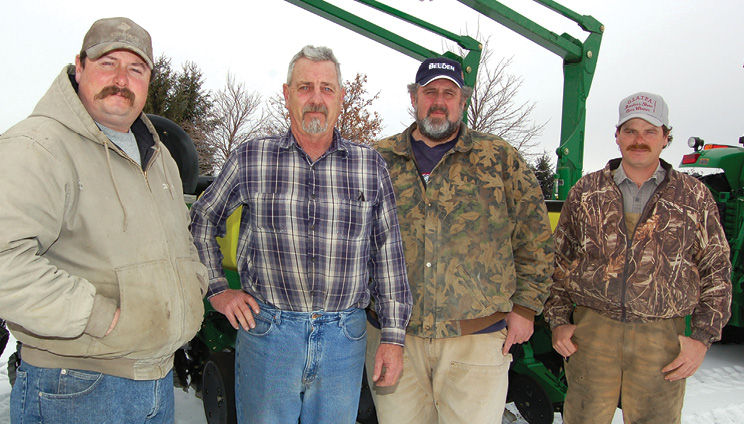 By John Dobberstein posted on May 1, 2011 | Posted in No-Till Farming 101, Equipment, Nutrient Management

The genesis of no-till on the rolling hills of R & K Farms began during the 1970s when Jay Robert Renick drove to southern Ohio to attend a field day.

But they say long-term no-till is helping them reduce labor and fuel expenses, apply less nitrogen, and reduce their dependence on insecticides and fungicides.

The family is also reaping financial benefits from the 2,600 acres they enrolled in the USDA’s Conservation Security Program in 2006. Another 800 acres are pending with the NRCS for approval. “The biggest thing you hear about no-till from other growers is, ‘It doesn’t work on our soils,’” Richard says. “Believe me, we’ve got every soil type here, and it does work.”