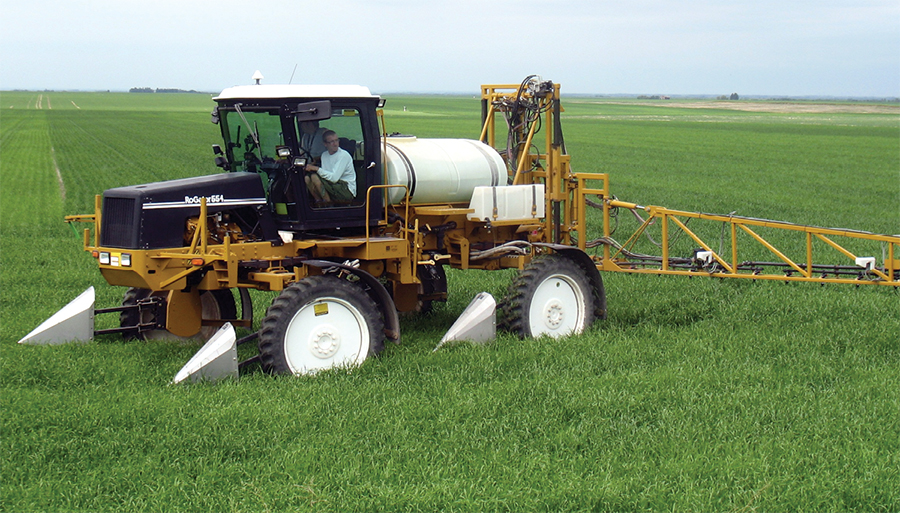 These high-tech precision units can spoon-feed nitrogen where it’s needed to maximize yields — but do they pay their way?

It’s a two-sided coin that every farmer wants to achieve: maximum yields with minimum inputs. Crop-sensor technology can, according to ongoing farmer and university research, help accomplish that.

The concept is simple: Apply nitrogen to those areas of the field that have the greatest yield potential.

Using information from crop sensors that “read” the crop’s vigor, an onboard processor adjusts nitrogen application rates on the fly.

The result, in theory, is an optimal nitrogen application. Ongoing research is yielding mixed results, but the findings point to some economic benefit.

The most recent research comes from Peter Scharf, agronomist at the University of Missouri Extension. More than 50 field trials across central Missouri from 2004 to 2008 revealed an average yield increase of almost 2 bushels per acre, while decreasing the amount of nitrogen applied, but not removed, in grain by 25%.

“In our study, the technology slightly improved production and slightly improved environmental outcome,” says Scharf. “The sensors take advantage of what farmers know already from experience and common sense. Crops with enough nitrogen are darker green and taller, while nitrogen-deficient crops are lighter and shorter.

“In most cases, two or three sensors were attached to nitrogen applicators that used an algorithm to sidedress variable rates of nitrogen to corn in growth stages ranging from V6 and V16.”

Fixed nitrogen rates chosen by farmers were applied in other areas, allowing comparison of the two techniques.

Premium content is for our Digital-only and Premium subscribers. A Print-only subscription doesn't qualify. Please purchase/upgrade a subscription with the Digital product to get access to all No-Till Farmer content and archives online. Learn more about the different versions and what is included.
KEYWORDS calibration clair urbain crop sensor Data Delaware Greenseeker Hardscrabble Farms nitrogen Nitrogen management Peter Scharf

Making A Case For Switching To Spring Nitrogen Application