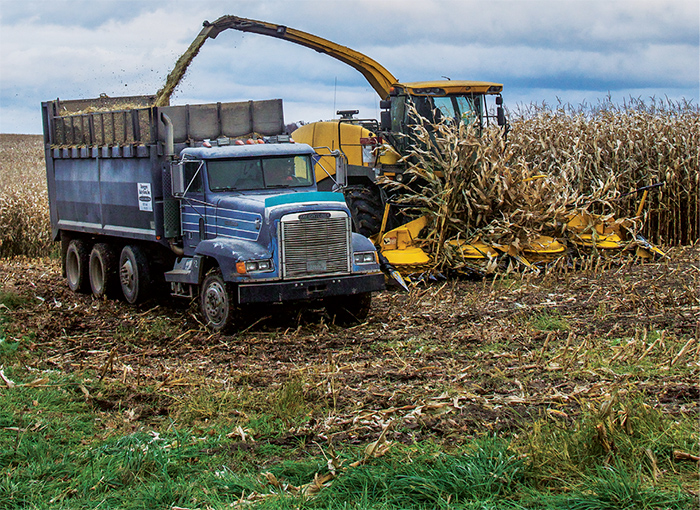 By Laura Barrera posted on January 9, 2015 | Posted in Equipment

Contour farming, no-till, cover crops and a sustainable farming cycle are allowing Wisconsin No-TIller Jack Herricks and his family to remain profitable and viable for future generations to come.

When Jack Herricks was 12 years old, his neighbor told him something about the importance of conservation that would stick with him through his whole life.

Jack and his father were on top of his neighbor’s ridge helping bale hay when the neighbor started talking about how the best soil they used to have on the farm was right where they were.

“But now, all of that soil is down there,” he said as he pointed to the bottom of the hill. He went on to talk about how they used to plant corn up and down the hill. When a heavy rain came they would get ditches, so they’d cultivate the ditches shut — until another hard rain would come and wash the ditches away.

“And he told us how good it was since they started contour farming to keep the soil in place and not have all the ditches to deal with like when he was young,” Jack says.

The Herrickses, who received the Wisconsin Leopold Conservation Award last year, are now benefitting from conservation practices Jack implemented on his own farm, including contour farming, no-tilling and seeding cover crops.

The Herrickses’ journey to conservation farming began back in the 1940s, when Jack’s father convinced his grandfather they needed to grow their crops in contour strips.

The Cashton, Wis., farm is close to the Coon Valley watershed, which Jack says was one of the first areas in the U.S. where contour farming started, a…

Premium content is for our Digital-only and Premium subscribers. A Print-only subscription doesn't qualify. Please purchase/upgrade a subscription with the Digital product to get access to all No-Till Farmer content and archives online. Learn more about the different versions and what is included.
KEYWORDS earthworms fuel low-cost production manure oats soil tilth winter rye Wisconsin Leopold Conservation Award