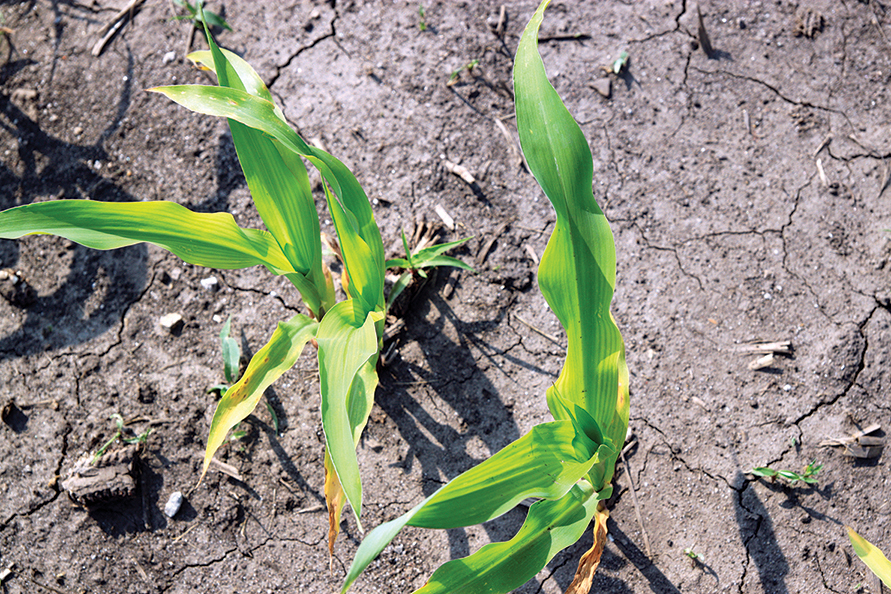 By Dan Zinkland posted on February 1, 2012 | Posted in Nutrient Management

Until 2 decades ago, farmers throughout the Corn Belt didn’t need to worry about their fields having enough sulfur, a nutrient that is essential to photosynthesis in plants,

Back then, sulfur dioxide emitted from power plants that burned coal was depositing plenty of sulfur onto fields via precipitation. But now, signs are pointing to sulfur deficiencies in many corn and soybeans fields across the Midwest, and yields and profits are suffering for it.

“Farmers have been drawing down the ‘bank’ of sulfur that was deposited in their soils over many years,” says Tracy Blackmer, director of research for the Iowa Soybean Association’s On-Farm Network. “The bank was growing 20 years ago. Now, crop production is depleting that bank.”

The good news is that a combination of higher corn and soybean prices, and ongoing research, is providing farmers both financial incentives and resources to identify sulfur deficiencies. Addressing sulfur shortages can increase yields and, in turn, revenue by as much as $228 per acre.

Corn May Be In Need Of Sulfur