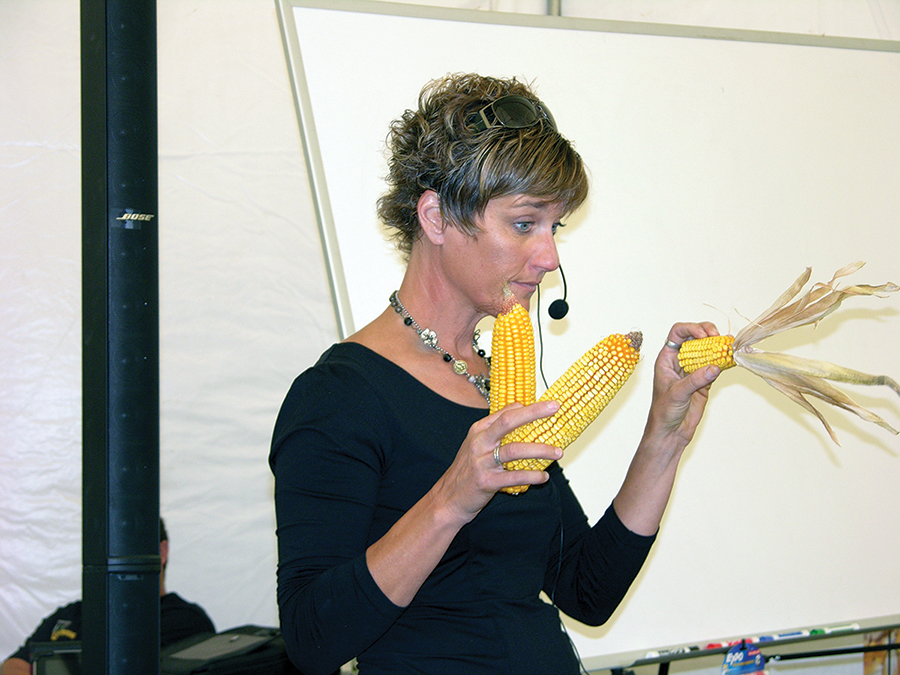 Getting After Goss’s Wilt — The Corn Yield Consumer

By Darrell Bruggink posted on February 1, 2012 | Posted in Crop Protection

Be prepared to get your corn crop out of the field immediately after black layer to protect yield… or keep it alive as long as possible.

Western Corn Belt no-tillers have undoubtedly heard about Goss’s Wilt. After a near 3-decade absence, the bacteria reared its ugly head in Nebraska several years ago.

This past year, growers across Iowa and parts of Illinois became very familiar with it, and likely a few no-tillers in the eastern Corn Belt as well.

What no-tillers are discovering is they might see yield losses ranging from 10% to 70% if they don’t take the right steps to minimize its effects. Amie Bandy, a certified crop consultant from Oxford, Iowa, has been following the bacteria in eastern Iowa for the past 2 years. Employed in the seed industry for 7 years, Bandy says she hadn’t seen Goss’s Wilt until recently.

“There are two reasons for corn to wilt. It’s either Stewart’s Wilt or Goss’s Wilt,” she says. “We had full-blown wilt in plants 2 years ago. We had a lot of water, but I couldn’t figure out why we had wilted plants.

“We finally realized Goss’s Wilt wasn’t exactly expressing itself like it used to. We couldn’t get confirmation or agreement through our university Extension. We were seeing things that were different.”

Since Goss’s Wilt has arrived in eastern Iowa, Bandy says northern corn-leaf blight has shown up in a different location on the corn plant and could be a precursor to Goss’s Wilt. Typically seen in the top of the canopy, Bandy says incidences of northern corn leaf blight are increasing and it’s showing up in the lower…