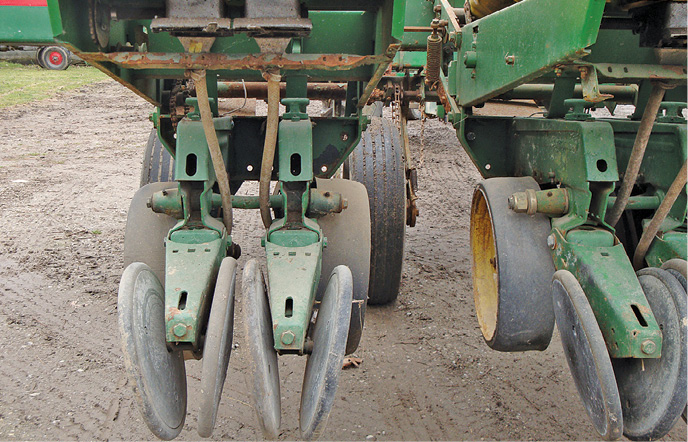 By Jim House and Martha Mintz posted on May 1, 2011 | Posted in Cover Crops, Equipment

A pioneer with strip intercropping and double-cropping soybeans, Jim House is a champion of the financial and ecological benefits of no-till.

With only 300 acres to work with, I have to do everything possible to drive production and justify farming a relatively small piece of ground.

I’ve taken many different paths in my quest to maximize production. Some of my ideas are outside the box and won’t work for every no-tiller, but experimentation has proven they work on my farm.

One of my many experiments was no-till. It worked and I’ve continued with no-till to this day.

Sixty-one years ago, I plowed my first field on my family’s Port Stanley, Ontario, farm. I was 8 years old at the time. Now I no-till that field every year.

My adventure in no-till started in 1982 when I mounted an old grass seeder on my corn planter and started planting four rows of red clover between 36-inch corn rows.

Around 1983 during a meeting, I shared my experiment with the energy branch of the Ontario Ministry of Agriculture, Food and Rural Affairs (OMAFRA). They were interested in the concept of reducing the need for nitrogen applications, so they sent Mike Columbus to the farm for a visit.

While we were talking, I mentioned a machine I had my eye on. It was a 3-point-hitch roto-tiller that had small units to work the ground in front of the row unit, instead of using coulters.

It was used in vegetable production and I…