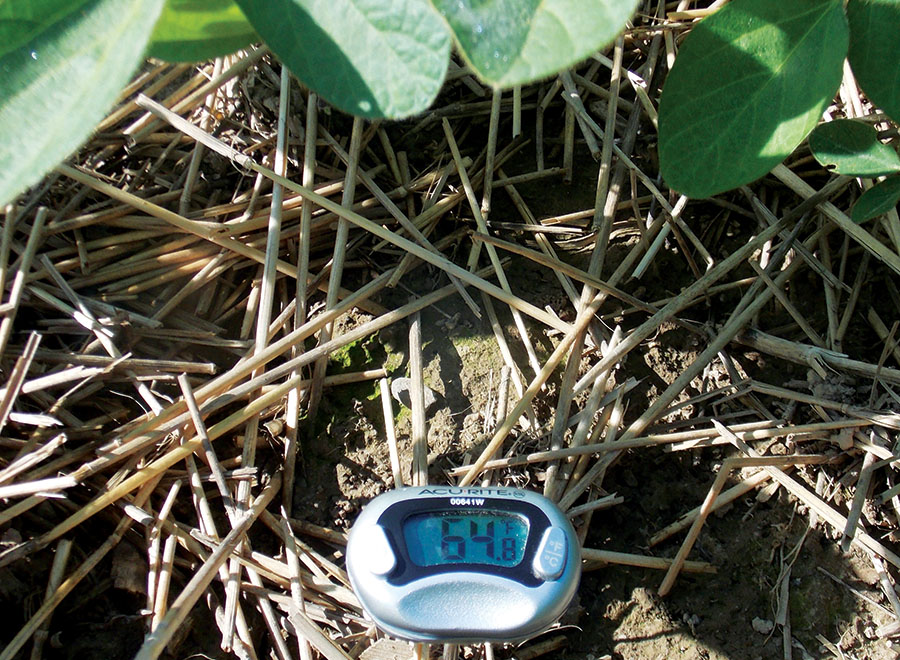 By John Dobberstein posted on December 1, 2014 | Posted in Soil Health

Soil temperatures were 0.1 to 1.75 F warmer in this no-tiller’s field during spring and summer compared to a neighbor’s conventionally tilled field.

A Wisconsin no-tiller says his second year of onfarm testing found his no-tilled, cover-cropped fields are generally the same temperature or warmer than his neighbor’s conventionally tilled fields.

Ryan Stockwell, who no-tills corn, soybeans and winter wheat near Medford, Wis., first delved into the “colder, wetter” myth last year when he took some soil-temperature measurements in his no-tilled, cover-cropped field with winter wheat, and in a neighbor’s conventionally tilled field.

With similar precipitation, drainage, slopes and soil types, he found the temperature reading for his neighbor’s heavily tilled soil was 54 F, and his own no-tilled, cover-cropped field stood at 63 F.

Starting April 22, Stockwell took soil-temperature readings for several months at random locations at a 4-inch depth — both in his no-tilled field with a terminated radish cover and from his neighbor’s fall-tilled field. He also took readings from his grass-covered lawn to provide a baseline.

Based on tests taken between April 22 and July 1, Stockwell found the average temperature in his no-tilled fields was about 1 F higher than the tilled field and nearly identical to lawn measurements. No-tilled soils measured between 0.19 F to 1.45 F warmer on 9 of the 12 sampling dates. 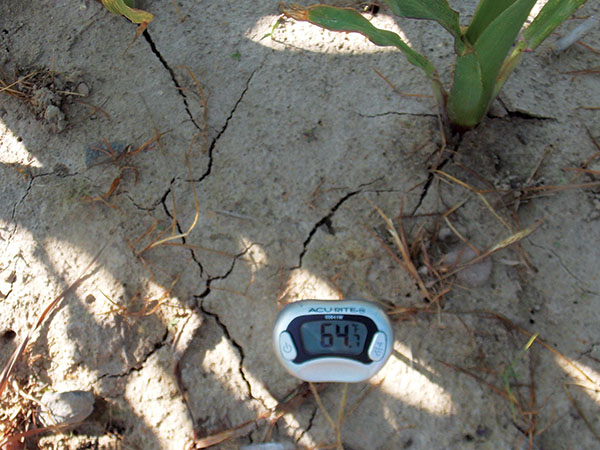 Stockwell admits there has been some previous research suggesting the opposite…

Premium content is for our Digital-only and Premium subscribers. A Print-only subscription doesn't qualify. Please purchase/upgrade a subscription with the Digital product to get access to all No-Till Farmer content and archives online. Learn more about the different versions and what is included.
KEYWORDS Ontario soil moisture soil temperature Wisconsin