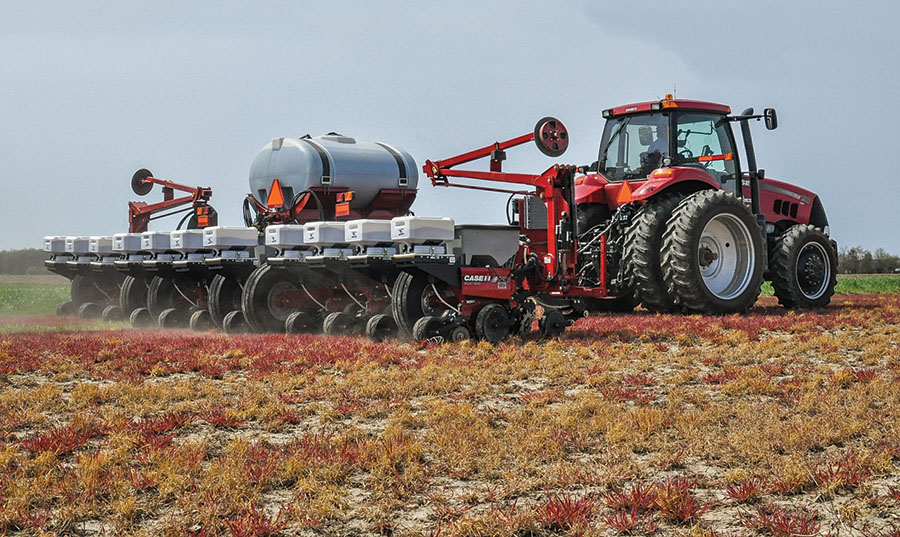 By Laura Barrera posted on December 1, 2014 | Posted in Cover Crops

When Tim Waltz first tried no-till in 1983 as a demonstration for a local farm show, it was a dry year and the results weren’t impressive.

But one failure didn’t scare Tim and his brother, Carey, off for good. Looking to control erosion and cut the costs for fuel and labor, they started no-tilling later that decade and progressed to 100% no-till.

Now the Van Wert, Ohio, brothers feel they’ve finally got their no-till system fine-tuned, as they’re seeing an increase in yields without an increase in input costs.

About 5 years ago, the Waltzes tiled a field and Tim was worried about the worked-up soil blowing during the winter, so they decided to seed cereal rye before corn. The species protected the soil and has remained a staple for their cover-crop program.

The Waltzes like to use cereal rye after corn and soybeans, which make up the majority of their 1,500 acres. Tim says they’re seeing more earthworm activity since adding the cover crop, and he also thinks its root structure helps prevent their heavy clay soil from crusting as much in the spring.

For cereal rye going into soybean stubble before corn, they’ll usually drill it at 35 to 40 pounds per acre, depending on conditions. They keep the rate on the lower end after feeling previous seedings were too thick the first year: The corn emerged fine, but there was a heavy mat of residue from the cereal rye and the ground didn’t warm…

Premium content is for our Digital-only and Premium subscribers. A Print-only subscription doesn't qualify. Please purchase/upgrade a subscription with the Digital product to get access to all No-Till Farmer content and archives online. Learn more about the different versions and what is included.
KEYWORDS Cahaba vetch Case IH 1200 cereal rye clay Cover crops crimson clover kale oats Radishes Yetter SharkTooth