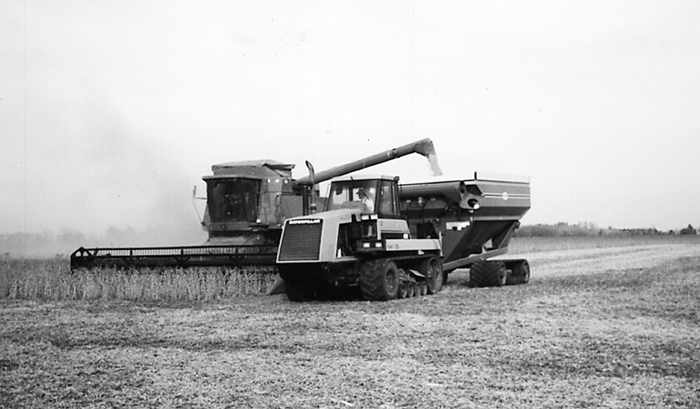 By Darrell Bruggink posted on June 1, 1998 | Posted in Equipment

Compaction can be a real killer. That’s why John and Alan Merchant of Cass City, Mich., are extremely sensitive to this critical no-till concern. Heavy equipment puts a pounding on poorly drained clay soils north of Detroit.

“The beet farmers drive semi or tandem trucks right alongside the harvester,” John Merchant says. “In Michigan, with the right axle configuration, that will gross 160,000 pounds and most beet farmers are out there with a six-axle semi plus a truck. When they’re done harvesting, you could land a 747 on that field.”

One solution might be to park trucks on the road or at the end of a field, but the Merchants’ answer has been to put tracks on all their equipment and avoid growing sugar beets. They like the convenience of pulling carts throughout the fields.

The Merchants have used several wheel and track assemblies in their battle against compaction on their 3,000-acre no-till wheat and soybean operation. They began with steel combine tracks for $12,000.

“It was a last resort thing,” John says. “We had tires, but if it got super wet, we’d take the tires off and put tracks on. But they were steel, so we couldn’t go down the road with them.”