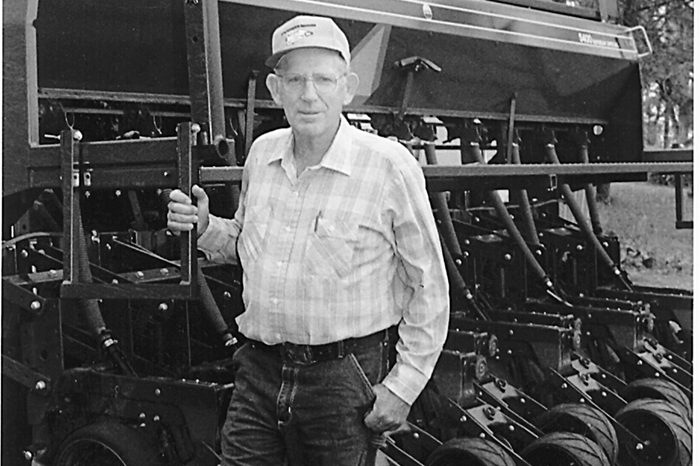 Taking The Lead In No-Till

An early adapter of no-till, Charles Barkley says the system is just as important today as it was 15 years ago.

As with anything new, Charles Barkley heard plenty of negative reports about no-tillage from other farmers.

“Your chemical costs will double,” one said. “The yield drag will be horrendous,” said another.

Yet, the Omaha, Neb., no-tiller’s experience was the exact opposite.

“My yields have gone up and my input costs have gone down,” says Barkley. “When I started no-tilling in 1983, 100-bushel corn would have been an exceptional yield. Now 125-bushel corn is average. Fifteen years ago, I would have told you that’s impossible on my soils.”

New innovations, such as no-till, are what Barkley and his son Robert have depended on to grow 850 acres of corn and soybeans in rotation. They continue to try new management techniques today.

Roundup Ready soybeans are a recent example. In 1996, the Barkleys planted 80 acres of these soybeans. Today, they’re sold on the system.

“Weed control was nearly 100 percent,” says Charles, referring to the Roundup Ready soybeans. “The only areas with weeds were spots the sprayer missed.”

But only after seeing good weed control and a decrease in chemical costs were the Barkleys able to justify expanding their Roundup Ready soybean acreage. Being confident that something is going to work is great, but the Barkleys like to see the results before trying anything new on their entire farm.

“You have to try new techniques for yourself,” says Charles. “It took us five years before we went 100-percent no-till.”

When Charles had the opportunity to rent a neighboring…

14 Facts About the Top No-Till Yielders