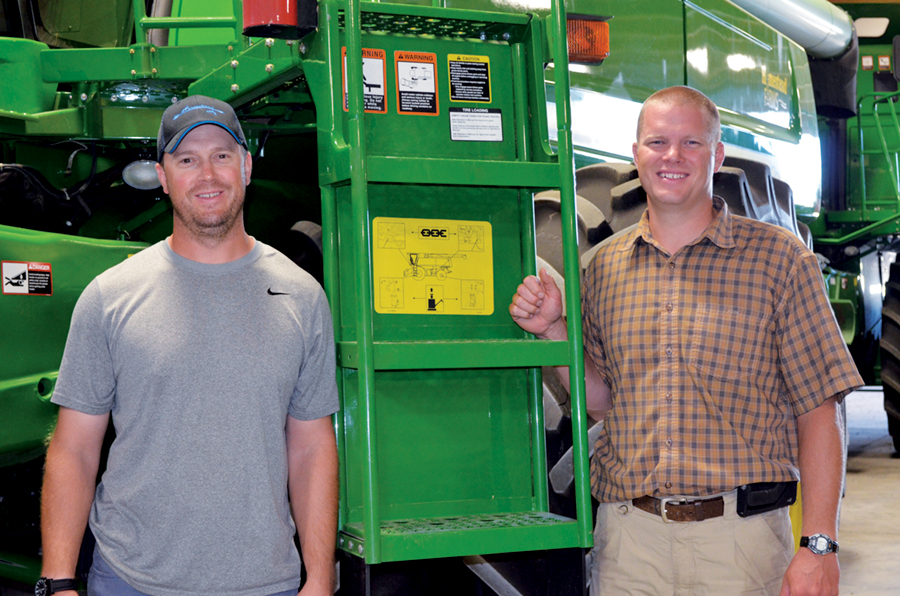 Matthew and Nathan Pearce and their brother-in-law, Ben Johnson, didn’t just join the family farm — they completely transformed the operation. The partnership is called Homestead Farms, and each family lives near the original homestead just south of Wallace in western Kansas.

The families returned to the farm about 10 years ago. In the past decade, they’ve increased acreage, switched to no-tilling, experimented with crop rotations, invested in equipment and changed the makeup of their cattle herd to accommodate new conditions.

The growth and expansion was necessary to support the return of all three families, but it was also hard-won in an area that has suffered from drought. Approaching challenges with an innovative spirit and business mindset helped the farm flourish even as the family manages limited natural resources.

“When we moved back, we knew that if this was going to work, it needed to be a business,” Matthew Pearce says. “We can’t just be hanging on to something that feels good.”

Neither Nathan nor Matthew Pearce left home with their sights on farming. While considering returning to the farm, Matthew convinced his parents — Bryan and Lois Pearce — to attend a farm transition course at the University of Nebraska-Lincoln to help open a discussion and determine expansion needs to support an additional family.

Matthew and Megan made the move back to Wallace, Kan., in 2003. The following year, Nathan and his wife, Joni, returned to the farm, along with the brothers’ younger sister Stephanie Johnson and…

Premium content is for our Digital-only and Premium subscribers. A Print-only subscription doesn't qualify. Please purchase/upgrade a subscription with the Digital product to get access to all No-Till Farmer content and archives online. Learn more about the different versions and what is included.
KEYWORDS Ag Leader cattle Conservation Reserve Program crop rotation Dryland grazing Kansas Kansas State University kochia