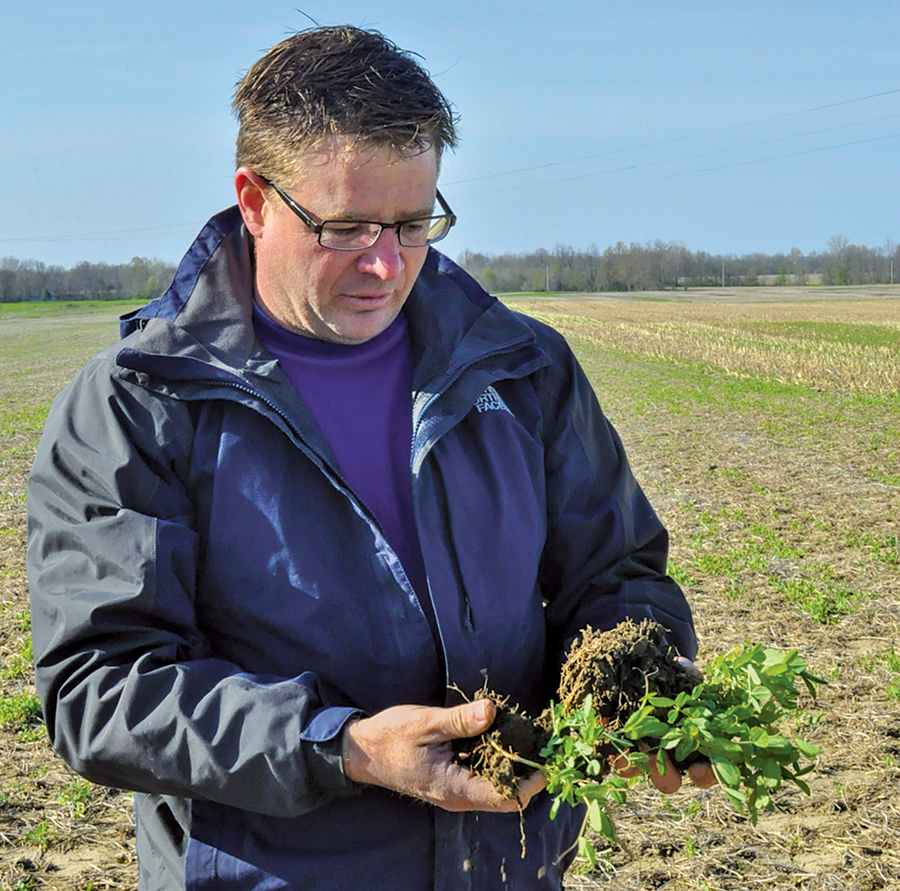 Thirteen thousand pounds of residue sounds like a lot to manage, but on Bret Margraf’s farm it’s not something to worry about.

In just one year, earthworms residing in the McCutchenville, Ohio, no-tiller’s fields were able to consume that much dry matter and then some.

When soil scientist Frank Gibbs talked about the Margraf farm during his presentation at the National No-Tillage Conference earlier this year, he showed a photo of a corn leaf being pulled into an earthworm midden.

Building a flourishing earthworm population wasn’t an overnight success, but it didn’t take long for Bret and his father, Gene, to experience such benefits in creating a three-rotation no-till system.

The Margrafs are focused on improving soil fertility, reducing compaction and erosion, buffering crops from weather extremes and increasing yields.

Their system overhaul started about 10 years ago, when the Margrafs adopted no-till to reduce erosion on their hilly fields.

A few years later they decided to try cover crops, focusing again on the slopes. They realized the benefits of keeping the ground covered so they decided to expand them to their entire option. Today, fields that aren’t going into wheat production are cover cropped, which means 100% of their 1,000 acres have something growing and protecting the soil throughout the winter.

The Margrafs use a variety of cover crops, but one of their go-to species is cereal rye, which they prefer to aerially apply to two-thirds of their corn acres. As of mid-September, Bret…