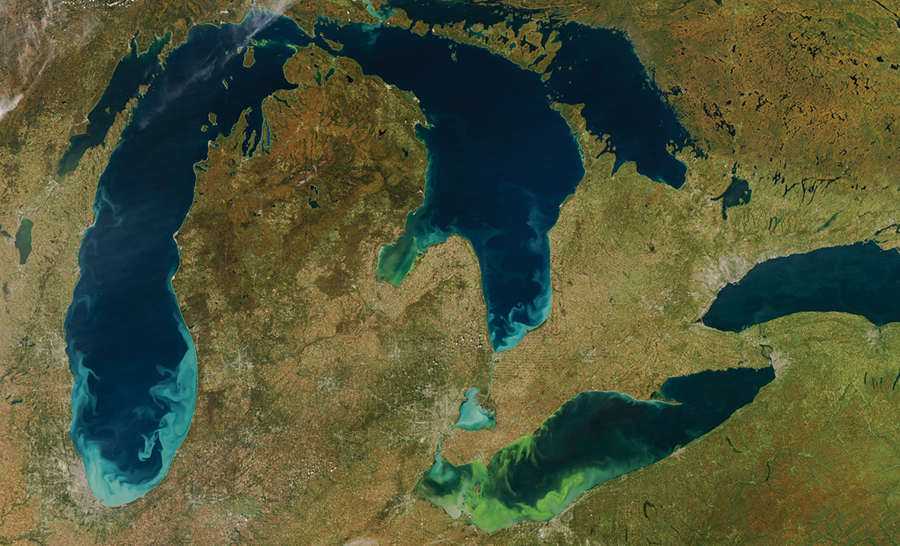 By Laura Barrera posted on November 1, 2014 | Posted in Water Management

No-tillers and consultants discuss what can be done to preserve more phosphorus in the soil and reduce nutrient-loading issues in Lake Erie’s western basin and other waterways.

On Aug. 2, the city of Toledo, Ohio, issued a notice to a half-million residents not to drink or boil the water, after two sample readings for microcystin — a toxin produced by blue-green algae — tested in excess of the recommended “do not drink” standard at Toledo’s Collin Park Water Treatment Plant.

The ban remained in effect for more than 48 hours and placed Lake Erie’s struggle with harmful algal blooms back in the national spotlight. And it wasn’t long before that light was cast on agriculture.

There’s no denying that phosphorus runoff is the main culprit behind these algal blooms, and experts confirmed that the majority of it is coming from the cropland that makes up 73% of the Maumee Watershed, which flows straight into Lake Erie’s western basin.

Agriculture is under similar scrutiny in the Chesapeake Bay watershed — which is under a “pollution diet” — as well as the Mississippi River basin, already the subject of numerous runoff studies. Some have even pointed the finger at no-till, claiming the practice stratifies nutrients in the top layers of the soil and in residue to make runoff even more of an issue.

While there are still unanswered questions and more research to be done about Lake Erie’s longtime pollution issues, one thing is certain — the spotlight on farming practices isn’t going away, and it’s best for no-tillers to be proactive by examining their nutrient-management practices and determining where there’s room for improvement.

Here’s what no-tillers and other…

Putting The Fertility Puzzle Together