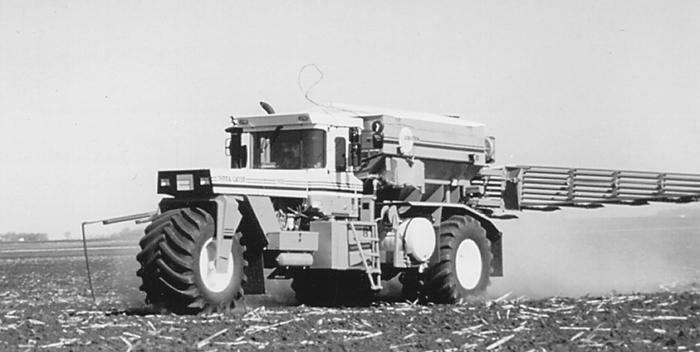 While it’s an old product, it offers a brand new nitrogen option for no-tilled corn.

With concerns mounting over effective nitrogen management, new research indicates ammonium sulfate can be an effective source of nitrogen—particularly with no-tilled corn.

Originally receiving attention for its sulfur content, Fred Below, a University of Illinois crop physiologist, found ammonium sulfate is an excellent source of nitrogen for no-till since it is not subject to losses from ammonia volatilization. This is a problem that often affects surface applications of urea and urea-containing fertilizers such as UAN solutions.

On the other hand, Below says ammonium sulfate can be broadcast on the surface of a no-till soil with little risk of nitrogen loss. Ammonium sulfate contains 21 percent nitrogen, all in the ammonium form, and 24 units of sulfur in the sulfate form.

The compound also resists nitrogen losses from leaching because positively charged ammonium ions bind to negatively charged soil particles and become relatively immobile. Rain which falls after application is less likely to move nitrogen out of the root zone than urea or nitrate-containing sources.

During the two-year research study, sponsored in part by…

Premium content is for our Digital-only and Premium subscribers. A Print-only subscription doesn't qualify. Please purchase/upgrade a subscription with the Digital product to get access to all No-Till Farmer content and archives online. Learn more about the different versions and what is included.
KEYWORDS ammonium sufate Nitrogen management UAN Solutions