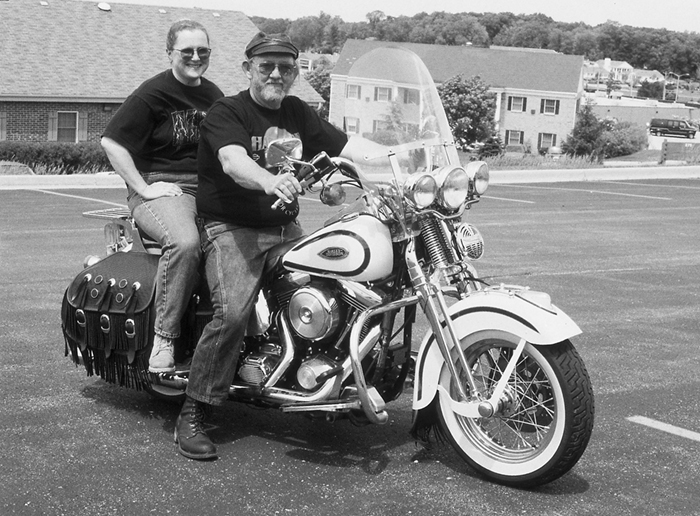 By Frank Lessiter posted on December 1, 1998 | Posted in Seeding & Planting

Along with 139,000 other bikers from around North America, this Ohio farm couple was in Milwaukee last summer for the big 95th anniversary Harley-Davidson celebration.

When it comes to changes for 1999, Rich and Marcy Little plan to use more Roundup Ready soybeans, use lower herbicide rates, do a better job of getting chemicals applied, try no-tilling soybeans in October or November and test for soybean cyst nematodes.

By switching to a rotation of one-third no-till corn and two-thirds no-till soybeans, the Littles have changed weed control philosophies in recent years.

“We used to try to clean up grass problems when we no-tilled corn,” says Rich. “But with beans being no-tilled two straight years in our three-year rotation and using Roundup Ready soybeans on 740 acres in 1998, we’ve seen a big change in weed pressures.

“We now try to keep all weeds under control in our soybeans. Since we’re applying much smaller amounts of atrazine, grass escapes in corn are more frequent.”

Get Herbicides On Right

The Littles say timing is the key to their spray program and they bought a Willmar self-propelled sprayer in 1996 so they could more effectively handle their own chemical applications..

“Once the costs were penciled out, including timelineness, we discovered it was cheaper to own our own sprayer,” explains Marcy.

Premium content is for our Digital-only and Premium subscribers. A Print-only subscription doesn't qualify. Please purchase/upgrade a subscription with the Digital product to get access to all No-Till Farmer content and archives online. Learn more about the different versions and what is included.
KEYWORDS Fall Soybeans Harley-Davidson Marcy Little Rich Little rotations RoundUp Ready soybean