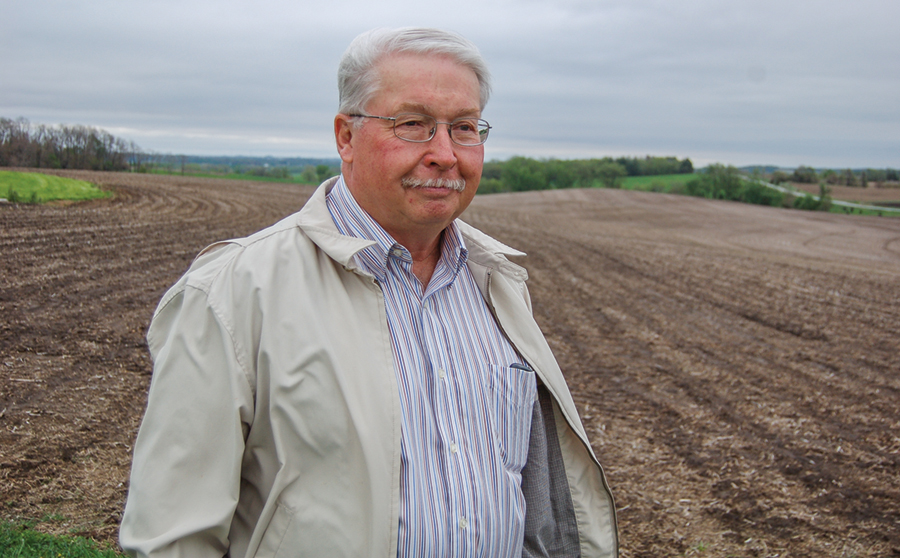 When Ed Ulch took the plunge with no-till during the 1970s, his main goals were economic: cut trips across the field, reduce expenses and hold the line on yields.

After Ulch graduated from college and took a job in the fertilizer industry, his father passed away and Ulch was a young man facing a daunting challenge of making two jobs work.

“Since I had the other job I farmed at night and on weekends, so no-till made sense to me,” says Ulch, who now, with his son Brian, no-tills 2,200 acres of corn and soybeans near Solon, Iowa. “I didn’t have time to do all the tillage. As time went on, I realized we were improving our soils, including our soil structure.”

Ulch started no-tilling in the mid-1970s and has been 100% no-till since 1978. He started out by renting an Allis-Chalmers planter with a ripper coulter on the front. After a couple of years he liked the results and bought his own John Deere planter with a liquid fertilizer application system.

Currently, Ulch plants about 300 acres of white corn and the remaining corn acres to yellow corn. Not long after switching to no-till, Ulch made the decision to quit applying anhydrous ammonia to his fields, and he does not apply any fertilizer in the fall ahead of spring crops.

“Anhydrous will kill the soil biological activity in the zone where it’s applied. That’s pretty well understood,” he says. “Even though it’s a lower cost source of…

Sticking with the Program Rings in No-Till Success