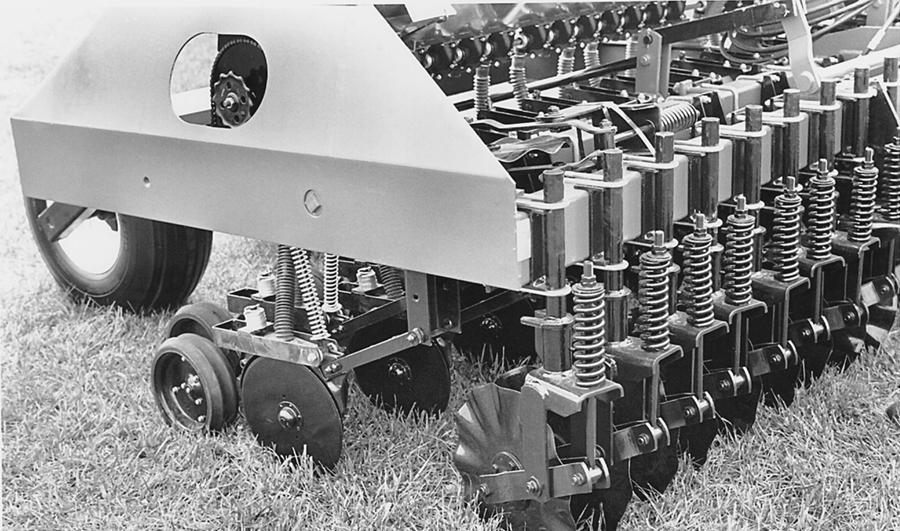 Get Set For High-Yielding No-Till Wheat

By Joe Shinners posted on December 1, 1998 | Posted in Nutrient Management

A Maryland researcher says seeding rates and early planting dates are the key to pushing no-till wheat yields well over the 100-bushel mark.

Ron Mulford is shooting for maximum economic yields with no-till wheat. He feels so strongly about his chances, the University of Maryland researcher at Quantico, Md., thinks he can surpass 111-bushel wheat.

“A couple years ago, I presented a program to our checkoff board for beginning a program for 100-bushel wheat and barley,” says Mulford. “We feel this is a systems approach.”

“We thought that if we planted wheat late in the year, approaching Thanksgiving, all we had to do was increase the seeding rate to compensate for yield loss,” Mulford says. “To the contrary, we find that to be very different.”

As Mulford increased seeding rates from 100 to 150 pounds per acre, he saw no difference in yield. In fact, the yield began to drop off at all seeding rates with the late planting date.

Mulford found that with no-till wheat some growers have been planting at the same rates as conventional wheat farmers. No-tillers should push the seeding rate at least 10 percent above that of conventional wheat.

Premium content is for our Digital-only and Premium subscribers. A Print-only subscription doesn't qualify. Please purchase/upgrade a subscription with the Digital product to get access to all No-Till Farmer content and archives online. Learn more about the different versions and what is included.
KEYWORDS High Yield Wheat nitrogen rates Ron Mulford winter annuals

Focus On The Details With High-Yielding No-Till Wheat

Get Set For Carbon Credits