Ron Mulford is constantly looking for ways to squeeze more profit out of an acre of ground. A switch to narrower-row crop production was the method he turned to in a push to increase no-till corn yields.

“What we found was that equidistant spacing seemed to increase yields by 7 percent to 15 percent,” says the University of Maryland researcher. “I am convinced that if we are going to increase production overall, we have to go to narrower rows.”

Mulford originally questioned the validity of narrowing rows. Every answer, though, alleviated his concerns.

“Is a 7-percent yield advantage worth going from 30-inch to 15-inch rows?” Mulford asks. “Every grower I visited was getting increased efficiency.”

In a test done in conjunction with the Potash and Phosphate Institute, Mulford set a goal of 250-bushel corn, 120-bushel wheat and 70-bushel double-crop soybeans in an effort to establish a completely high-yielding rotation of no-till corn, wheat and soybeans. While the results weren’t perfect, they were promising in the test of 15-inch rows for corn and soybeans.

“We never did reach the goal,” he reports. “But we did get 230-bushel corn, we met the wheat yield and got 50-bushel soybeans. So it wasn’t so bad.”

Corn hybrid selection became a key issue in these experiments. Conventional populations were used in the experiments, which resulted in promising yield increases. 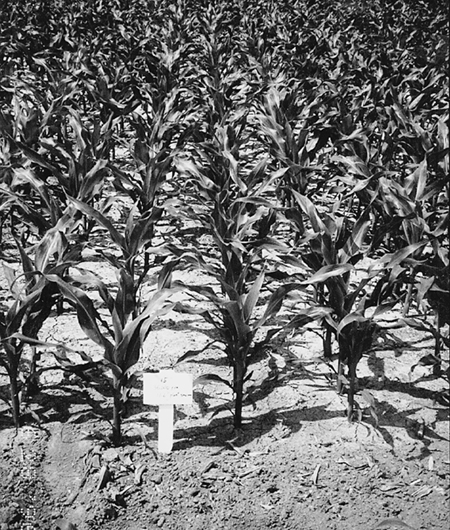 Yields in 15-inch corn showed a 14-bushel yield increase over 30-inch corn in tests using 10 hybrids. There was a fair…

Premium content is for our Digital-only and Premium subscribers. A Print-only subscription doesn't qualify. Please purchase/upgrade a subscription with the Digital product to get access to all No-Till Farmer content and archives online. Learn more about the different versions and what is included.
KEYWORDS Hybrids nitrogen plant population Ron Mulford ultra-narrow row corn

Will Ultra-Narrow No-Till Corn Rows Work For You?