A wet season changed the minds of this no-tiller’s crop buyer.

One walk around his farm a will give you a sense that this Markesan, Wis., no-tiller is serious about no-tilling and is interested in anything that could help preserve his soil or increase profits.

Perhaps that’s the reason he looked into a limited-tilling system in the early 80s. In fact, Brooks says, he was so impressed, by 1986, he was no-tilling his entire crop of sweet corn.

Before you begin thinking Brooks’ story is just like every other no-tiller who made the switch from conventionally tilling, consider the fact that since 1967, he and his father had been producing quality vegetables for canning companies—who expected the Brooks’ to follow strict guidelines about what they grew and how they grew it.

“We dealt with the same company for 25 years,” Brooks says.

Brooks was determined to no-till, despite the fact that the canning company was less than thrilled about it. 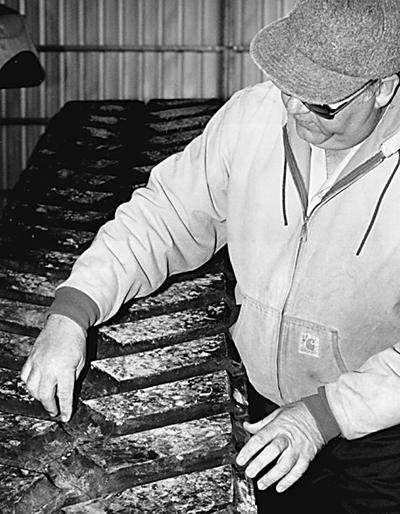 So one spring day he called the company, later purchased by the Chiquita banana people, and informed them he would be no-tilling his crops in three days.

“I put a 25-year standing good reputation on the line,” he says. “But it was worth it.”

The first dealings with the company seemed to be difficult—the processor didn’t want him to no-till and Brooks didn’t want to quit . They were at an impasse—that was, until it began to rain at harvest time.

“No one else could get into the fields,” he says. “Once they figured…

Premium content is for our Digital-only and Premium subscribers. A Print-only subscription doesn't qualify. Please purchase/upgrade a subscription with the Digital product to get access to all No-Till Farmer content and archives online. Learn more about the different versions and what is included.
KEYWORDS Alan Brooks Chiquita Equipment rotations Wet Season

Building Soils, Getting Over the Hump with No-Tilling