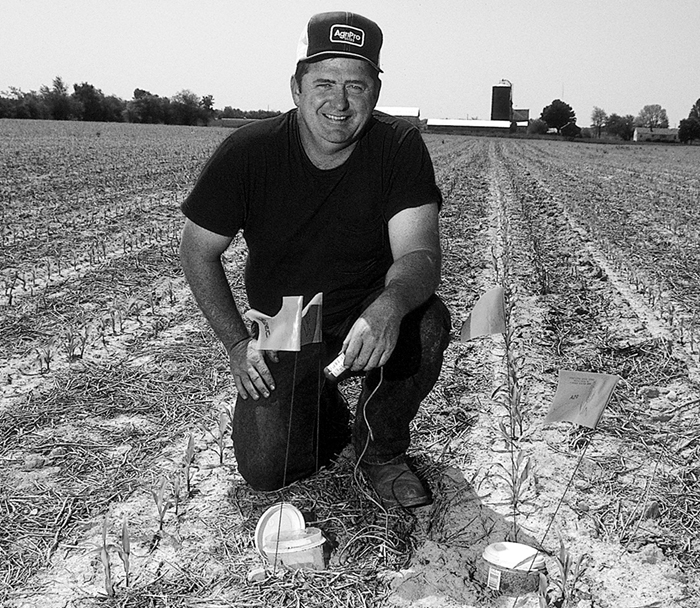 Faced with cold, wet soils to no-till into each spring, Ohio and Indiana growers credit strip-till with boosting corn yields by as much as 40 bushels per acre.

A revival is happening across the Corn Belt that could save no-till corn. The movement is called strip tillage.

The statistics uncover the story. In Indiana, 54 percent of producers no-tilled soybeans in 1998 while only 16 percent no-tilled corn. The no-till corn numbers dropped from 25 percent in 1994.

The reason for the turndown is found mainly in high clay or poorly drained soils, where continuous no-till fields take longer to warm up in the spring.

Strip-tillage offers renewed hope. With strip-tillage, a 4- to 8-inch tall mound is made in the fall or spring. This strip allows no-tilled soils to warm and dry and still retain 30 percent residue.

While strip-tillage has been popular in other parts of the Corn Belt for nearly a decade, only recently has the availability of equipment shifted to the eastern soils.

After seeing the strip-till results on Jim Kinsella’s Lexington, Ill., farm in the early 1990s, Rob Joslin came home and tried the idea. Joslin’s strip-till experiments ranged from using a row cultivator with some of the shovels lowered to running an empty corn planter with residue managers in the fall. Nothing seemed to work and he wasn’t ready to invest in new equipment.

Then in 1998, he urged his local equipment dealer, Apple Farm Service, to purchase a strip-till bar. Joslin rented the bar and a 150-horsepower tractor to pull the bar. He and his wife, Ellen, farm 800 acres.

Premium content is for our Digital-only and Premium subscribers. A Print-only subscription doesn't qualify. Please purchase/upgrade a subscription with the Digital product to get access to all No-Till Farmer content and archives online. Learn more about the different versions and what is included.
KEYWORDS Dan Desutter Jim Kinsella Rob Joslin strip-tillage Tony Vyn

No-Till and Strip-Till Leave Conventional Tillage In The Dust