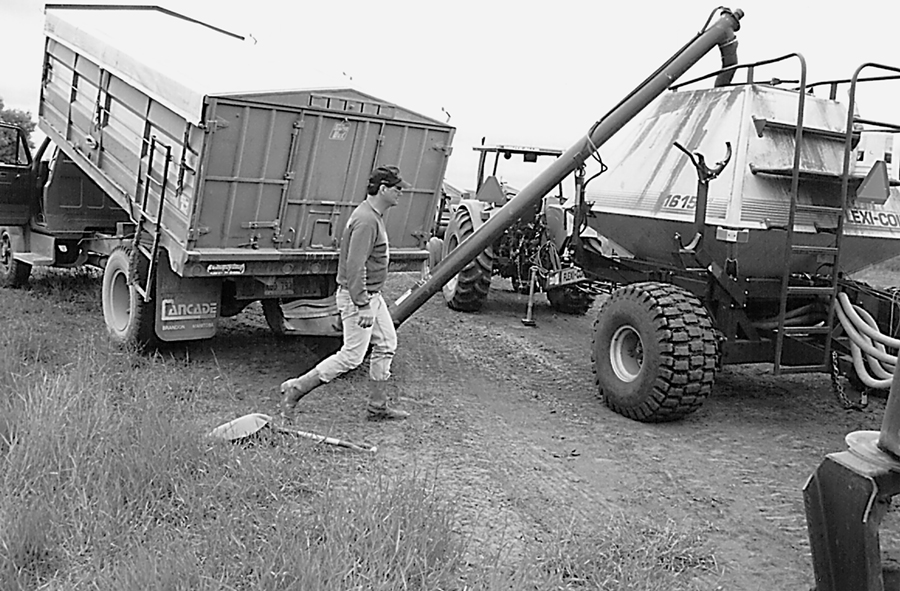 Unusually wet conditions kept many western Canadian no-tillers from getting crops planted in a timely matter or getting them planted at all.

Scott Day seemed not to notice the pun in his words as his three-ton Chevy truck rumbled past field after unseeded field in which standing water mirrored the sky.

“It’s certainly a year of reflection I guess,” says the 33-year-old farmer from Deloraine, Manitoba, as he headed for a local seed dealer to pick up enough Canada Prairie Spring White wheat to finish the field he’d been working on until midnight the night before.

Here it was June 19 and he was still trying to get a crop in the ground. The area had received 14 inches of rain since May 4, more than it usually gets during a full growing season.

In fact, the annual Deloraine Fair taking place that Saturday under yet another gray and threatening sky marked a full year since the first 8-inch deluge that local residents say was the start of this spring’s nightmare. The 37 inches rainfall they’ve received over the past 12 months is 2 to 2 1/2 two to two times what is considered normal for the year.

The rain made for a stressful spring for farmers in a region that wears drought like a comfortable old shoe. Officials expect more than a million acres of cropland, a prime spring wheat, durum and canola producing area, will go unseeded this spring. However, some fields could be sown to winter cereals later in the season.

What did get planted was over a month late. It went into seedbed conditions far…

Premium content is for our Digital-only and Premium subscribers. A Print-only subscription doesn't qualify. Please purchase/upgrade a subscription with the Digital product to get access to all No-Till Farmer content and archives online. Learn more about the different versions and what is included.
KEYWORDS drought Flexi-Coil air seeder Glenda Archibald Kevin Archibald labor savings Scott Day