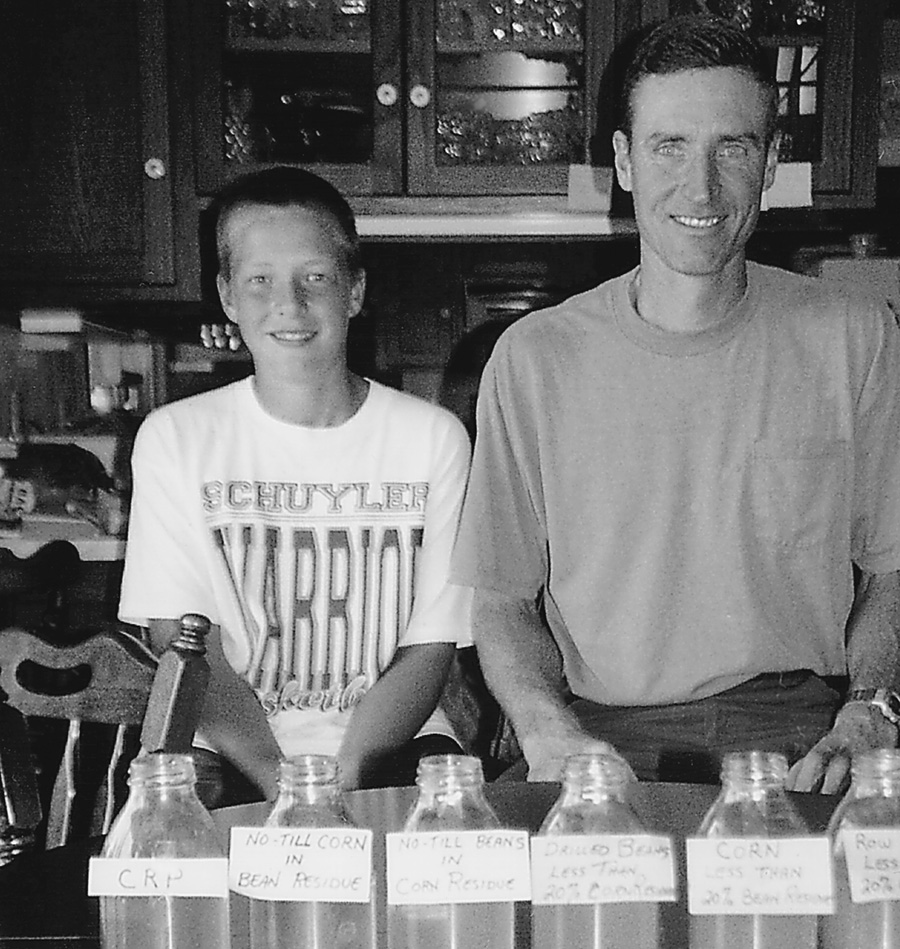 Right from the beginning 18 years ago, this no-tiller wanted to control erosion and increase water quality.

In August, Rob caught runoff water from a half dozen fields just before it went into the road ditch. Water was collected from a Conservation Reserve Program (CRP) field, two no-till fields and three fields with varying types of conventional tillage.

The evidence was pretty clear, and so was the water in the bottles, at least where the CRP and no-till practices were concerned.

“At first, we weren’t getting any runoff at all from the field that had soybeans no-tilled into corn stalks,” says Chris. “I was getting frustrated, but it sure showed how well the corn stalks held water.”

Runoff water gathered along the edges of the no-till fields was fairly clear, with only a small amount of sediment settled in the bottom of the bottles. The three samples of runoff water collected from conventionally tilled fields held the heaviest amount of sediment, leaving the water cloudy and dark.

“One of the benefits of no-tilling is cleaner water,” says Chris. “Herbicides and insecticides also tend to stay where the soil particles stay, which means out of the water. Another advantage is that when corn stalks are left attached to the soil by their roots, they don’t travel off the field, clogging ditches or culverts.”

Chris began no-tilling 18 years ago. Some fields have been…

Premium content is for our Digital-only and Premium subscribers. A Print-only subscription doesn't qualify. Please purchase/upgrade a subscription with the Digital product to get access to all No-Till Farmer content and archives online. Learn more about the different versions and what is included.
KEYWORDS Chris Clausen CRP Rob Clausen Roundup Ready Roundup ReadyCRP Runoff Water

[Webinar] Where Should I Place P & K in No-Till & Strip-Till Systems?