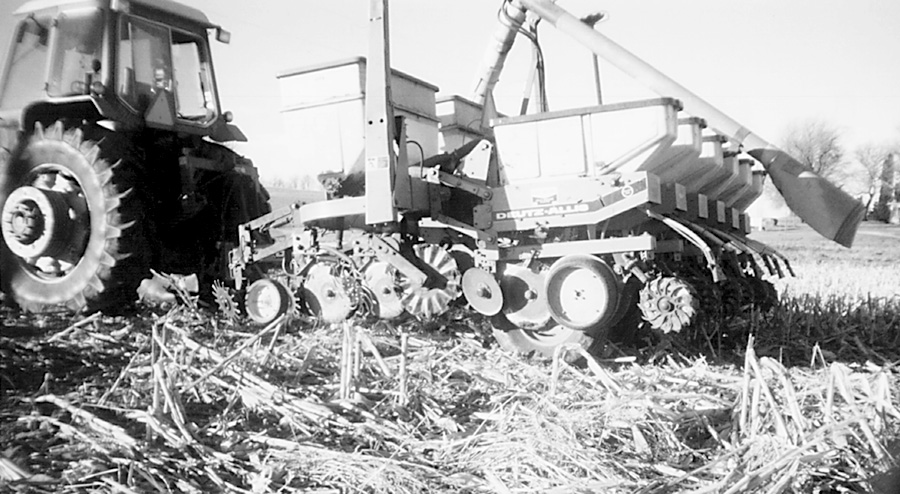 You Can’t Keep A Good No-Tiller Down

By Katherine Meitner posted on April 1, 1999 | Posted in Equipment

Making the most of no-till equipment has hefty rewards.

It all started with the search for a new corn planter. But when Daniel Stokes from Omro, Wis., ventured along the no-till path, little did he know his life would never be the same.

“I didn’t no-till for quite a while,” Stokes recalls. “I just liked having the option.”

Despite the urging from the equipment dealer, it was an interested neighbor who got the no-till ball rolling.

“He called me up and asked if I could no-till his fields with my planter. I was a little curious, so I agreed. It worked so well for him, I had to try it myself,” laughs Stokes.

The next spring, Stokes no-tilled several small fields. The results were unbelievable.

“I never expected it to yield that much—it never had before,” he says.

And so the conversion began. Year after year, Stokes faithfully designated another field for no-till.

“When you have farmed conventionally for so long, it’s difficult to make the switch quickly,” says Stokes. “I just took it one day at a time.”

It wasn’t long before his entire farm was strictly no-till.

“I think at that point, my Dad thought I had completely lost my mind,” he chuckles.

Reaching the point of 100 percent no-tillage wasn’t exactly a piece of cake, says Stokes. For more efficient no-tilling, a few modifications and adjustments needed to be made in his equipment.

“It was a good planter, but it kept hairpinning residue,” Stokes explains. “When the conditions weren’t ideal, it…

Premium content is for our Digital-only and Premium subscribers. A Print-only subscription doesn't qualify. Please purchase/upgrade a subscription with the Digital product to get access to all No-Till Farmer content and archives online. Learn more about the different versions and what is included.
KEYWORDS Daniel Stokes Deutz-Allis 385 Planter No-TIll Promotion

You Can’t Make Mistakes With No-Till — Or It Won’t Work!