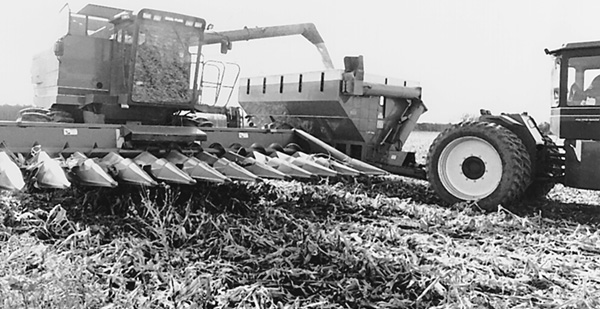 By Julie Orchard posted on March 1, 1999 | Posted in Seeding & Planting

Pictured Above: The Nebraska farmers enrolled in this unique on-farm research program earned an average of $7,216 in additional profits for their efforts during 1997.

That’s what’s leading more no-tillers to on-farm testing to validate the value of change. But if not designed properly, results of on-farm test plots can do more damage than good, maintains Keith Glewen, University of Nebraska extension educator.

“Through years of experience in extension work, I’ve seen farmers doing their own in-field comparisons,” Glewen explains. “But a lot of times I’d wonder if they are getting the correct answer or are being misled because of the way they set up the comparison. Wrong information can be worse than no information.”

Glewen explains that during the mid-1980s, Maximum Economic Yield Clubs were getting a lot of farm media coverage. In these clubs, profitability was the deciding factor instead of yield.

After studying the design of a number of these clubs, Glewen and other University of Nebraska personnel got the idea to start their own program.

Premium content is for our Digital-only and Premium subscribers. A Print-only subscription doesn't qualify. Please purchase/upgrade a subscription with the Digital product to get access to all No-Till Farmer content and archives online. Learn more about the different versions and what is included.
KEYWORDS Keith Glewen Kurt Ohnoutka Nebraska Soybean & Feed Grains Profitability Project On-Farm Research