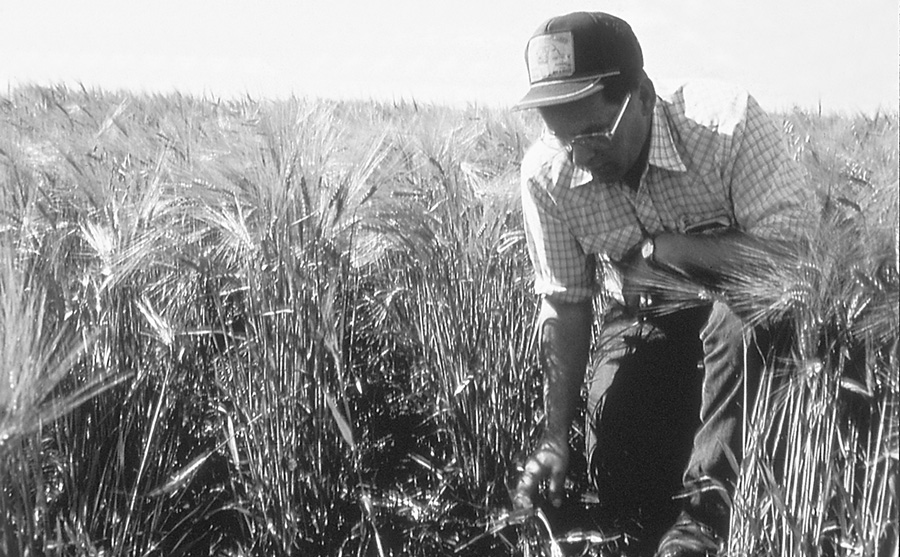 One Canadian farmer shares his secrets after 15 years of successful no-till farming.

When Henry Graw first thought about transforming his 1,400-acre farm to no-till after 20 years of conventional farming, the neighbors raised their eyebrows.

When he no-tilled his entire farm with a drill he built and designed in 1984, they began talking.

“They thought I was crazy,” the Manning, Alberta, farmer laughs. “I suppose they were waiting for me to fail.”

But Henry Graw didn’t fail. In fact, he was quite successful.

It all started in the late 1970s when Graw first heard about no-till farming.

“It was something I had heard of and it sounded interesting. I had to learn more,” he explains.

And learn he did. Graw began studying and researching no-till farming while corresponding with veteran no-tillers around the world. Most of his information came from the U.S. and Great Britain. His only local source was the Alberta Conservation Tillage Society, where farmers could attend seminars and exchange information.

“We didn’t have access to what we have now,” he says. “It was different in those days.”

After absorbing the research, testimonials and facts, Graw was sold on no-till. “I’m always game for something new,” he says. “And the economics looked promising.”

In 1984, Graw designed and built his own no-till drill. “It’s a heavy-duty double disc drill, and after building it we started seeding in paired rows,” he says. “No-till drills weren’t as accessible, and the ones that were available were priced out of our budget. We built it out of necessity.”

Premium content is for our Digital-only and Premium subscribers. A Print-only subscription doesn't qualify. Please purchase/upgrade a subscription with the Digital product to get access to all No-Till Farmer content and archives online. Learn more about the different versions and what is included.
KEYWORDS double disc drill education Henry Graw