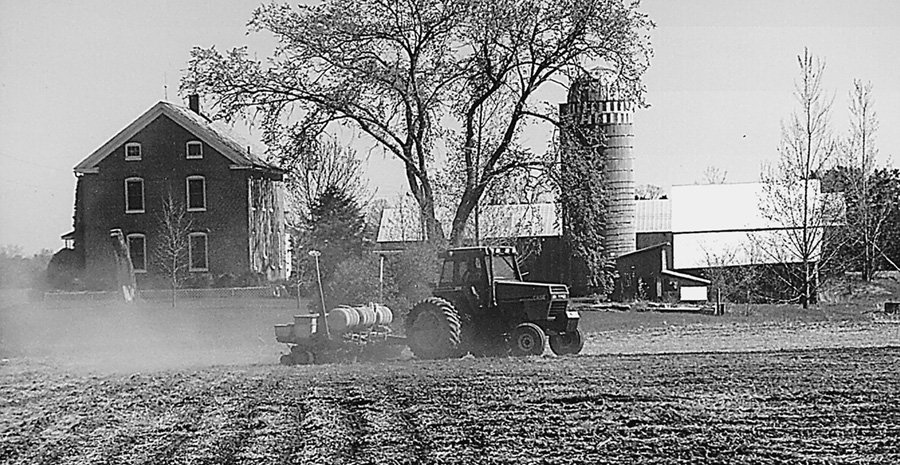 Frank Lewis may have tilled his 160-acre farm for the last time.

While the Madison County, Iowa, farmer still plans to plant corn and soybeans next spring, he may be switching to no-till. It’s because of a carbon sequestrian reduction credit agreement with an insurance company and Canadian energy companies which could reduce global warming.

Studies indicate that tilling will release anywhere from 500 pounds to 4 tons of carbon dioxide per acre into the atmosphere every year. If Lewis and 400 other Iowa no-tillers sign up, a group representing Canada’s 10 largest energy companies will buy 6 million metric tons of carbon emission reduction credits.

Under this agreement, which can be extended to 2012, farmers could be paid $3 to $5 per acre each year of no-tilling. Some money will be paid up front so farmers can invest in no-till planters and drills. The rest will be paid 6 years later based on verification and future research to define how much carbon is sequestered by no-tilling.

Announced by the Des Moines, Iowa, based IGF Insurance Co., this deal is the largest so far in the market for credits to trim greenhouse gas emissions. The firm is signing up Iowa farmers through its network of crop insurance agents and expects to eventually offer the program nationwide.

The company says its crop insurance customers have the ability to cut carbon emissions by 100 million tons a year with no-till.

While in the experimental stage, this market is racing ahead…

Premium content is for our Digital-only and Premium subscribers. A Print-only subscription doesn't qualify. Please purchase/upgrade a subscription with the Digital product to get access to all No-Till Farmer content and archives online. Learn more about the different versions and what is included.
KEYWORDS carbon credits Daniel Dudek Frank Lewis kyoto protocol Roger Doescher