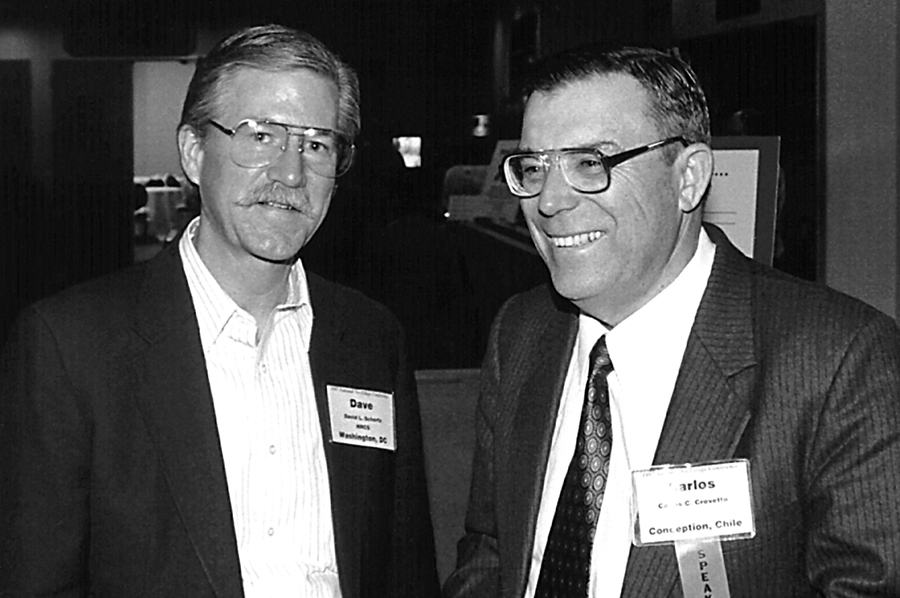 Don't Be Subtle With Stubble

By Katherine Meitner posted on July 1, 2000 | Posted in Residue Management

While many farmers may not think stubble is the most attractive thing in the world, it's still the real key to successful no-till farming.

If you want to be successful with no-till, you can’t neglect the importance of stubble.

This no-tiller from Concepcion, Chile, says stubble plays a much bigger part in his no-tilling success than one would think.

“Stubble is the main thing in successful no-till farming,” he says. “If you feed the soil, you feed the plant, allowing us to use less fertilizer.”

Stubble And The Carbon Cycle

With all the interest regarding carbon storage in the soil and atmosphere, Crovetto attributes no-till stubble to helping keep harmful carbon dioxide from escaping into the atmosphere. When stubble is worked into the ground, the opposite reaction can occur.

“Any remaining stubble left on the soil will begin decomposition as soon as the water content and temperature are adequate,” he says. “If the stubble is buried and the soil is moist and contains adequate levels of oxygen, rapid oxidation of incorporated organic matter will take place because the microorganisms will be nurtured excessively from the stubble. This phenomenon implies quick loss of carbon that escapes to the atmosphere as carbon dioxide (CO2). This rapid decomposition and release of CO2 prevents the buildup of organic carbon within the soil profile.”

While Crovetto admits the carbon cycle is a naturally occurring phenomenon, he says it’s difficult to balance the human intervention element of the gas in the soil with the gas in the atmosphere.

“At the recent World Congress of the Environment in Bonn, Germany, it was reported that…

Premium content is for our Digital-only and Premium subscribers. A Print-only subscription doesn't qualify. Please purchase/upgrade a subscription with the Digital product to get access to all No-Till Farmer content and archives online. Learn more about the different versions and what is included.
KEYWORDS Carbon Carlos Crovetto stubble

Adjuvants to be Key with Newer Herbicide Technology