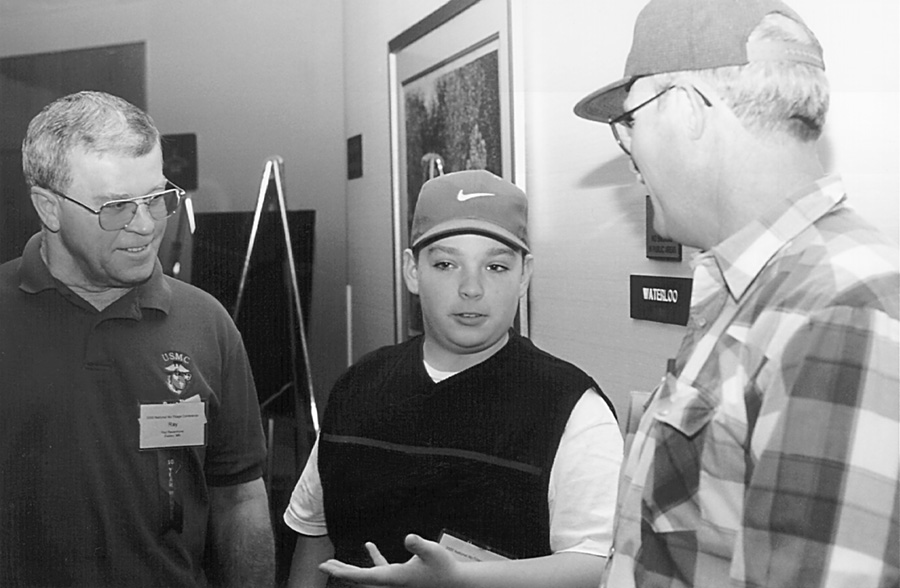 Even though Dean Holst claims everyone thinks he’s nuts, at least one person was listening...a little guy with big plans.

Don't let his youth fool you.
While 714 other no-tillers were scampering around to get to 18 no-till classrooms and 80 roundtables at the eighth annual National No-Tillage Conference, 13-year-old Eric Tennant (shown at right) was amid the commotion, with just as much interest in what the speakers had to say as anyone else.
In fact, this past conference was Tennant’s second. He had attended the seventh annual conference in St. Louis and picked up a very valuable tip that boosted his family’s 1999 corn yields by 50 bushels an acre.

The story begins back in ‘97, when Eric was only 10. He and his father had already been no-tilling for 4 years, but like most, were looking for areas to improve upon.
“We bought a Soil Saver because the neighbors told us that’s what we should do,” the no-tilling teenager from Custer Park, Ill., explains. “When our neighbor started using a no-till ripper, we thought it was a good idea for saving residue and time since you can go a lot faster. That’s when we rented a Blu-Jet ripper from a local dealer.”
After discussing the situation with his father, Harold Tennant, the two decided there wasn’t much difference in yield between the Soil Saver and the ripper. As a result, Harold purchased a newer Soil Saver. In hindsight, Eric thinks this was a mistake.
“We went to the National No-Tillage Conference in St. Louis and we heard Iowa no-tiller Dean Holst (see pages 6…
To view the content, please subscribe or login.

Premium content is for our Digital-only and Premium subscribers. A Print-only subscription doesn't qualify. Please purchase/upgrade a subscription with the Digital product to get access to all No-Till Farmer content and archives online. Learn more about the different versions and what is included.
KEYWORDS Eric Tennant Eric TennantBlu-Jet Ripper ripping Soil Saver

After 32 Years Of No-Tilling, Truths Emerge From His Fields

Three Lessons from 10-Plus Years of No-Tilling