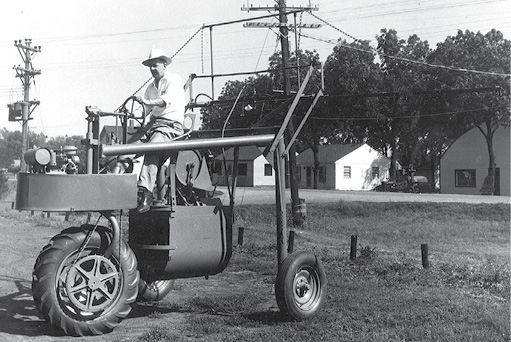 Editor's Note: No-Till Farmer has created a comprehensive no-till history timeline that will continue to be updated in perpetuity. Click here to view the complete Timeline of the No-Till Revolution.

As no-till farming celebrates its 50th year in the U.S., it’s important to remember how its acceptance and growth came about.

Had it not been for the vision and courage of numerous researchers, engineers, scientists and pioneering farmers, no-till might have been a small part of production agriculture, rather than encompassing 90 million acres as it does today.

The ideas behind no-till started in 1943 — almost 70 years ago — when Edward Faulkner’s book, Plowman’s Folly, dared to challenge the plow’s supremacy in agricultural production. Faulkner asserted that moldboard plows were the most undesirable tool for crop production.

The no-till revolution among farmers began in Herndon, Ky., in 1962, when Harry Young Jr. used a home-rigged Allis-Chalmers planter to establish the first commercial no-till production plot in the U.S. on 7/10 of an acre. A historical marker is erected at this site, which is still in production today.

From there, curious researchers and farmers started experimenting with no-till crops as they sought to answer challenging questions about planting, fertilization and weed control.

Early farm meetings produced many concerns about weeds in no-till systems. Herbicides like atrazine, 2,4-D, dicamba and paraquat were introduced that offered broad-spectrum protection, and chemical companies continue to roll out products to address weed resistance.

As successes began to mount, manufacturers like Allis-Chalmers, John Deere…