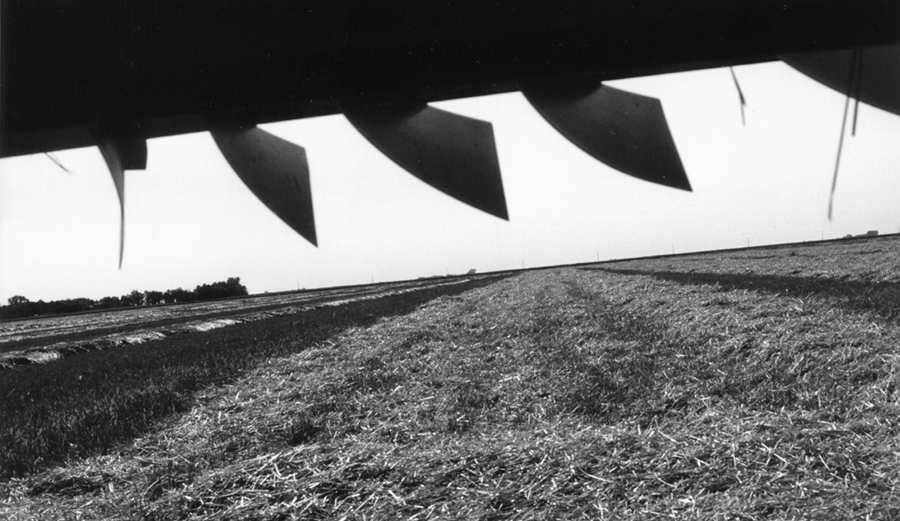 By Frank Lessiter posted on July 1, 2000 | Posted in Residue Management

Nothing means more to your no-till success than how you handle crop residue.

When Neal Droupe unpacked a new chaff spreader, the Crandall, Manitoba, farmer felt he’d been robbed. In exchange for a $900 check, all he saw was a bunch of iron that didn’t look like it would do him much good.

“I thought I’d been taken with the purchase of this $900 item the year before I decided to start no-tilling,” he says. “But after 4 years of successfully no-tilling, this is the best $900 I’ve ever spent. It spreads chaff the full width of the combine and helps us manage residue from our no-till wheat, canola, wheat and pea rotation.”

Once he used the chaff spreader, Droupe quickly realized how important residue management is in making no-till work with his 2,000 acre cropping operation. Effective straw and chaff management not only makes it easier to no-till under all conditions, but also helps him conserve valuable moisture at seeding time without straw clumping concerns.

David Ediger of Glenboro, Manitoba, agrees it is essential to spread chaff evenly and smoothly over the full width of the combine. When he doesn’t get this done properly, he’ll use a harrow to spread chaff.

Dwayne Beck believes that you must spread straw and chaff very uniformly, even if it means changing your harvesting routine.

“On a windy day, you could end up with chaff blowing over the crop you haven’t yet cut,” says the manager of the Dakota Lakes Research Farm in Pierre, S.D. “When that happens, cut from the downwind side of the field.”

Fungicide Tapped By No-Tillers As Best Product For 2008