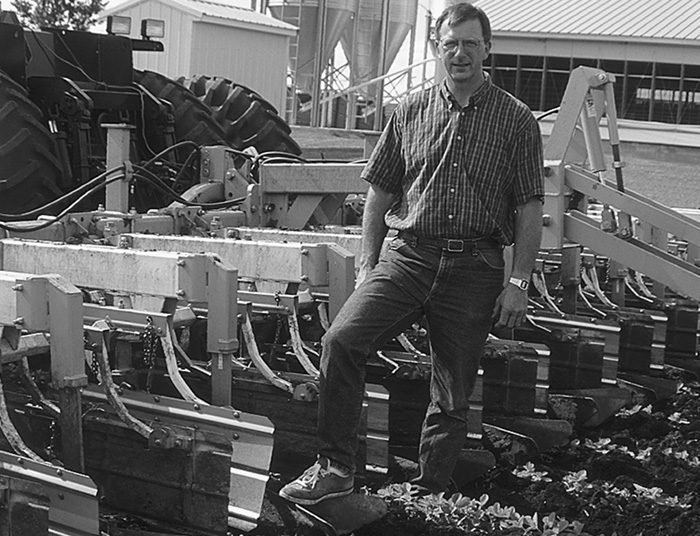 Admitting that no-till has major benefits, this ridge till veteran just isn't ready to make the switch.

Bill Secor has once again decided not to become a no-tiller. While he feels the flat, deep soils in his area of north central Iowa might lend themselves to no-till, he’s a ridge tiller and, though he’s considered switching to no-till, he’s decided against it for the time being.

By some definitions, Secor is already a no-tiller—he’s just doing it on ridges. And with increased fall or spring strip-tilling which features deep banding of fertilizer and berms, Secor is closer to no-till than ever before.

Ridges, Berms, Hills. “We cultivate and rebuild a medium ridge in corn, but we don’t rebuild the ridge in soybeans,” he says. “I’m not an advocate of a high ridge. I want it just high enough to help warm the soil and keep standing water from covering up the row area.

“While we cultivate beans, we’ve been planting about half our bean acres to Roundup Ready varieties and in those, we’ve been doing less cultivating. We still cultivate corn because aerating the soil about halfway through the growing season seems to boost yields for us.”

When Secor moved from a 12-row planter to a 24-row planter, he feared he might have to give up his ridges. The ridge guidance system he was using on the 16-row planter…

Premium content is for our Digital-only and Premium subscribers. A Print-only subscription doesn't qualify. Please purchase/upgrade a subscription with the Digital product to get access to all No-Till Farmer content and archives online. Learn more about the different versions and what is included.
KEYWORDS Bill Secor compaction moisture conservation Ridge-till

Can a Fertilizer Spreader Replace a Drill or Planter When No-Tilling Soybeans?