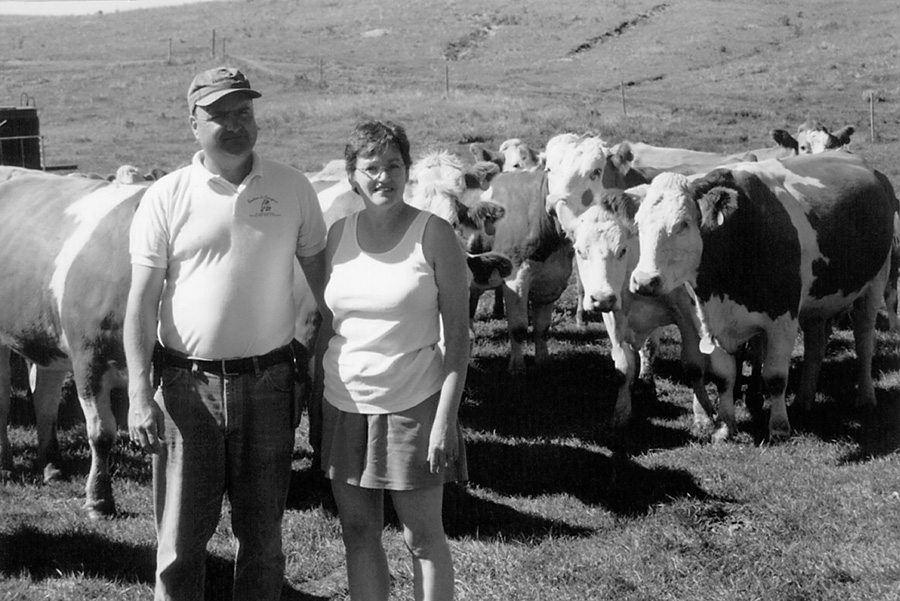 Rotating To “Cattle Feed” Pays Off With No-Till

New forage options, including “annual alfalfa,” are opening up new rotation options for cattlemen, including a reduction in weed resistance concerns.

Stan Rampton once thought his Simmental cows were just a way of squeezing some productivity out of the marginal, uncroppable land that makes up about one-third of his western Manitoba land base.

But those cows have taken on a whole new glow in recent years as the Oak Lake, Manitoba, producer’s thinking has evolved over the important role that forage and livestock plays on his zero-till (no-till) farm. He and his sons share equipment and labor to farm 29 quarter sections (4,640 acres), 3,300 acres of which are cropped.

In the past, livestock and crops were managed as separate entities. “We would take land that was marginal, sow it and leave it there,” Rampton says. In most cases, that forage stand wouldn’t be replaced until it was too rough to drive equipment over, or it became too root-bound with encroaching grasses.

The family has relied on a cereal, canola, cereal and pulse crop rotation ever since they moved into zero-tillage in 1990. The plan allowed him to juggle seeding dates, which helped keep pests at bay.

“An early seeded crop such as peas allows us to start seeding sooner, allows the crop to be more competitive and emerge before weeds,” he explains.

“Early seeding wheat has the same benefits, along with maturing before disease cycles and insect cycles begin, therefore eliminating the need for insecticides or fungicides.”

Premium content is for our Digital-only and Premium subscribers. A Print-only subscription doesn't qualify. Please purchase/upgrade a subscription with the Digital product to get access to all No-Till Farmer content and archives online. Learn more about the different versions and what is included.
KEYWORDS cattle Forage rotations silage Stan Rampton

Evolution To No-Till On Family Farm Pays Off