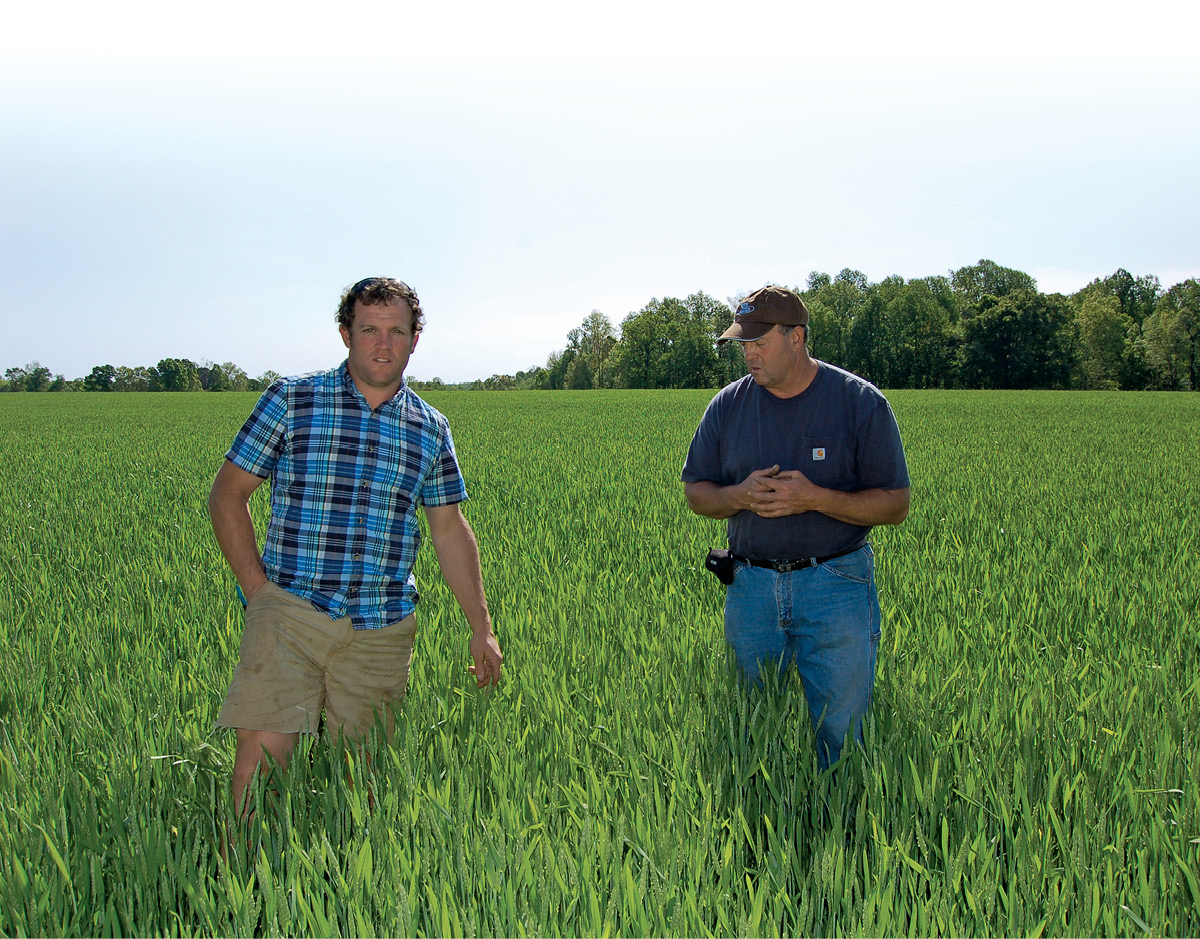 Brian Moore stuck a small shovel into the ground, pushed it down with his foot and pulled up a chunk of soil interlaced with roots and decaying plant matter.

His father, Johnny, held it in his hands and pointed out the earthworms and nitrogen-fixing remnants of oilseed radishes and Austrian winter peas planted several months earlier and killed this spring.

More than a decade ago, soils at the Moore Farm near Mount Ulla, N.C., were more typical of the over-cropped acres found throughout many regions of the Tar Heel State. But what they saw this spring while surveying a 60-acre field proved that switching to no-till was a good decision.

“No-tilling has turned our soil from a bright red to dark red,” says Brian, who believes the change is due to increased organic matter in their no-tilled corn, soybean and wheat acres. “You can really tell the difference when we buy a new field that’s been plowed or deep-tilled. No-till turns it to a different color.

“It takes some time, but after 10 years, you really start to see changes.”

The Moores have been farming in the Piedmont region of North Carolina since the early 1980s, but it wasn’t until the late 1990s that they decided to start no-tilling their farm ground, about 75% of which is red clay. 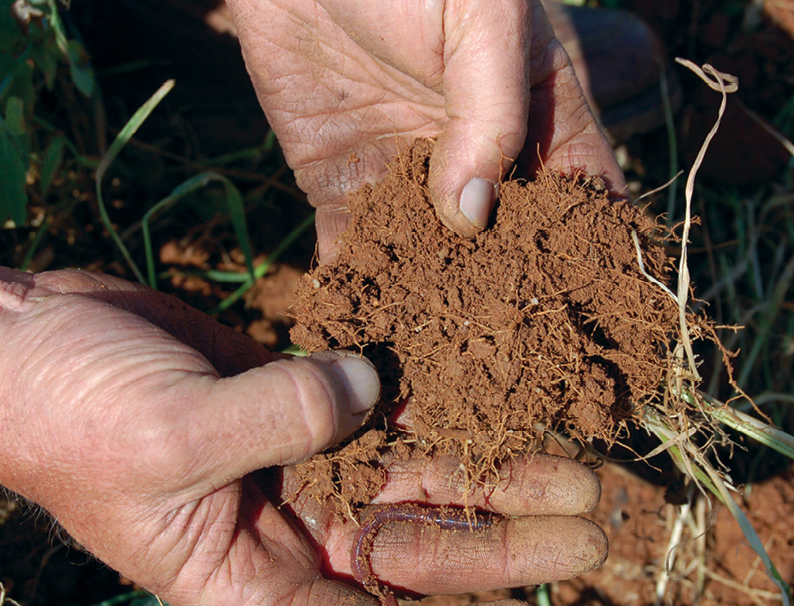 Many farms in the region, including fields they’ve purchased or rented, were moldboard plowed for decades.

“Our farm was very bright red clay, and that’s the way the Piedmont…