By Martha Mintz posted on October 1, 2011 | Posted in Crop Protection

Tank-mixing fungicides and herbicides is the latest use strategy in the fast-developing corn fungicide market.

“There’s always been potential for disease protection and yield increases with early fungicide applications, but economically it didn’t pencil out,” says Nick Fassler, fungicides technical market manager for BASF. “Now that we’ve shown fungicides and herbicides can be tankmixed and save producers a trip across the field, there’s more benefit there.” 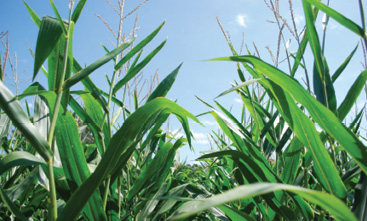 Unlike later applications, no-tillers can apply fungicide with herbicides at V5. Lower rates also are appealing.

“Recommended fungicide-application rates can be as low as 2 ounces at that timing compared to 4 ounces at the tassel timing, because there’s less leaf area to cover,” says Randy Myers, fungicide product manager for Bayer CropScience. “There’s no additional application cost, since the sprayer is going out to apply herbicide anyway. With the reduced chemical cost, it doesn’t take much yield to offset the cost.”

In response to these and similar trials, other crop-protection companies are also testing fungicide-herbicide mixes to build application recommendations.