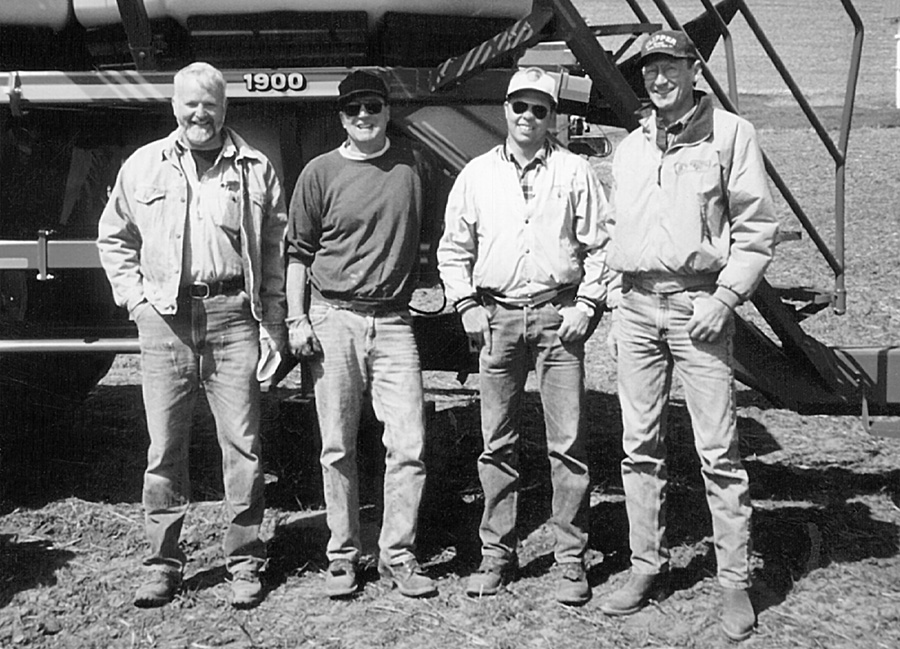 When buying bigger no-till equipment, you may want to make purchases with neighbors.

“It's brought the neighbors concept back to life again,” says Garry Esser. “We’re four guys with a common goal.”

The Moscow, Idaho, no-tiller is talking about a limited liability company that he and three other farmers in the Palouse Country of northern Idaho and eastern Washington formed in 1997. The company owns a no-till drill and then leases the equipment to the four farmers. Rental income from using the drill is used to pay for the investment in no-till equipment.

In Russ Zenner’s eyes, belonging to the company is the difference between using no-till technology and not. “None of us are prepared to commit the total farm to no-till,” says the farmer from Genesee, Idaho. “And none of us could justify the cost of buying the equipment without committing the total farm. With the company, we can commit a percentage of our acres and use the no-till drill.”

They also help each other figure out how to modify no-till equipment that’s proven to be successful on thousands of acres of flat ground to run successfully on their hills. But not just small hill, as slopes in the Palouse region can easily run up to 40 percent.

Add to that variability the fact that soils run from clay to sandy-loam and a climate that opens a 6-week planting window from Lee Druffel’s farm near Uniontown, Wash., to Esser’s farm 25 miles away at Moscow, Idaho. “We couldn’t afford to make the modifications needed to adapt the technology…

Premium content is for our Digital-only and Premium subscribers. A Print-only subscription doesn't qualify. Please purchase/upgrade a subscription with the Digital product to get access to all No-Till Farmer content and archives online. Learn more about the different versions and what is included.
KEYWORDS Gary Esser Lee Druffel neighbors No-Till Drill Group Phil Hufferd Russ Zenner Wayne Jensen

Farmers Are Paid To No-Till