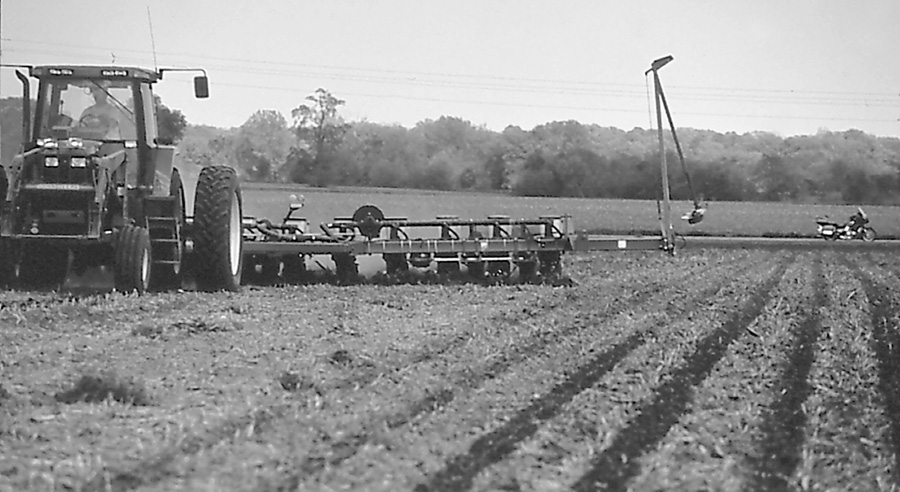 Strip As You No-Till

By Mike Lane posted on October 1, 2000 | Posted in Strip-Till Farming

Here’s a cheap way to make strip-tilling work next spring.

He had given a lot of thought to no-till, but what he’d learned from research, equipment dealers and other farmers hadn’t convinced him to try it until 3 years ago.

That’s when he noticed his neighbors were successfully planting both corn and soybeans without tillage.

“The general consensus in this area is that no-till corn is not feasible,” says the Morrisonville, Ill., farmer. “Farmers who have tried no-till in this flat, black, heavy prairie soil say equipment is not as accurate as you need in order to have a good stand. Because of problems closing and covering the seed furrow as well as poor no-till depth control, emergence is often very uneven.

“I felt, and most farmers I knew agreed, that to get uniform placement and even emergence, you needed to till the soil,” he says.

Osterholt says he was looking for something that would require less tillage. So when he saw crop consultant Brian Freed and his brother David planting without first tilling their fields, he decided to watch them more carefully.

“Their crops that year were as good as anybody’s around here,” he says. “Brian showed me the design of the new rig’s no-till planter attachment and how it was intended to work,” Osterholt continues. “It seemed to make sense, so I decided to give it a try.

“The next year I used it on all my corn and soybeans. I figured if it didn’t work, I could just…

Premium content is for our Digital-only and Premium subscribers. A Print-only subscription doesn't qualify. Please purchase/upgrade a subscription with the Digital product to get access to all No-Till Farmer content and archives online. Learn more about the different versions and what is included.
KEYWORDS Brian Freed Dale Osterholt Planter Pro strip-till

In Nebraska, Federal Officials Maintain Strip-Till Is Not A Legitimate Funding Option As A Soil Conservation Practice

Sustainability as a Commodity: Getting to the Root of Why We Strip-Till