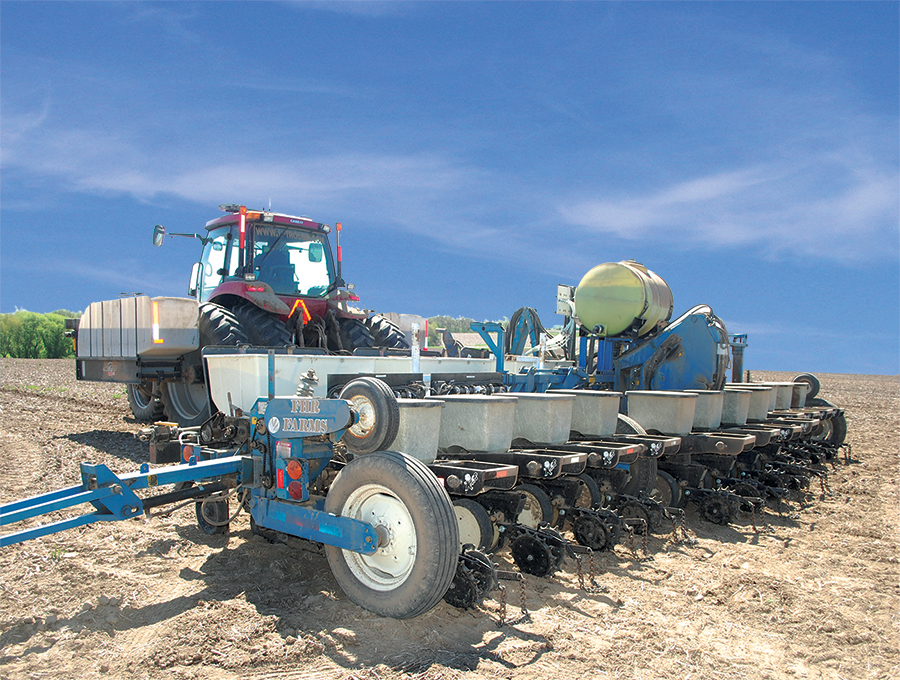 A chance metting with South African farmers during a trade show inspired Jeff Littrell and his company’s partners to design a planting system that simultaneously applies one dry and two liquid fertilizer products.

They’ve named it the “U-Trough” planting system, and 5 years later, Littrell feels there’s solid evidence that the system can boost corn yields by 8 to 10 bushels per acre. In some cases, he’s seen yields increase 40 bushels an acre or more.

“I’ve been in the fertilizer business for 30 years, so any new idea to improve nutrient placement and efficiency catches my eye,” says Littrell, vice president of BRT Ag & Turf and FHR Farms based in Rochester, Minn. He and his family also manage a crop and beef-cattle operation.

“The South Africans told us about a system they used to apply dry row-support fertilizer on one side of the row; liquid row-support on the other side; and liquid pop-up in the furrow,” he says. “They reported corn yields in the 250- to 300-bushel range.”

Littrell says this system wasn’t something to be adapted overnight, so his company spent a lot of time, money and effort to create a planter that combines precise fertilizer placement with what he believes is the right fertilizer package.

”The basic design we came up with, in fact, closely resembles many planters used by no-tillers,” Littrell says.

As a fertilizer-company manager, he was eager to take the idea to the market. But as a farmer, he knew U-Trough…