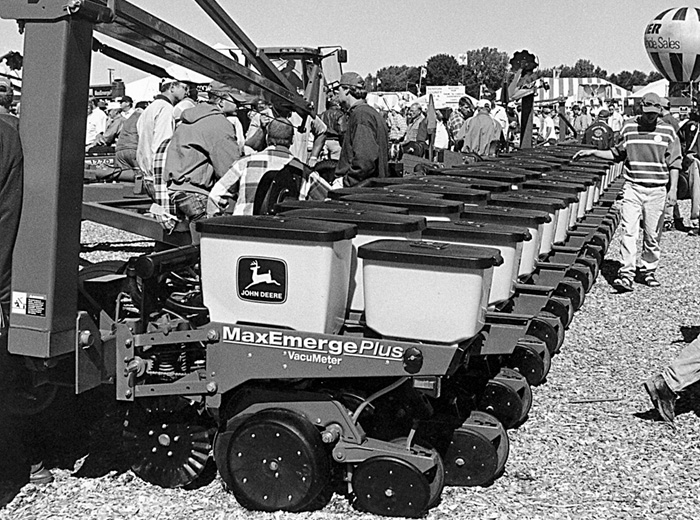 Keeping it simple is the key to increased no-till yields.

In the 17 years that Terry Schneider, of Shirley, Ill., has been no-tilling, he’s tried as many planter systems as there are. Even today, with the latest technology, Schneider says he’s come full circle.

“We have come close to a 360-degree turn from where we started. We’re using a 7200 John Deere planter, which is pretty much what we started with when we started no-tilling,” Schneider says.

Back To The Basics

He says not enough people ask themselves ‘What is a planter for?’ His answer, “It’s to plant your crop.” Schneider says keeping it simple is really the key.

“I tried fertilizer and went with three or four coulters, residue managers and about everything you can hang on a planter. But finally I went back to a basic planter,” he says.

Schneider’s no-till planter has residue managers, but he’s done away with down pressure springs. Schneider put air bag suspension on to smooth and fine tune the down pressure, which he says is impossible to do with a spring system.

“If you think about what a spring does on a planter system, you can’t make if function properly. When it’s giving the most down pressure, it’s got the unit in the highest position,” he explains.

“When you need down pressure, it’s when the unit happens to be hanging in the draw. Your down pressure is absolutely zero. A pneumatic downforce will allow you to have down force all the way across, giving you a smoother ride than with other planter…