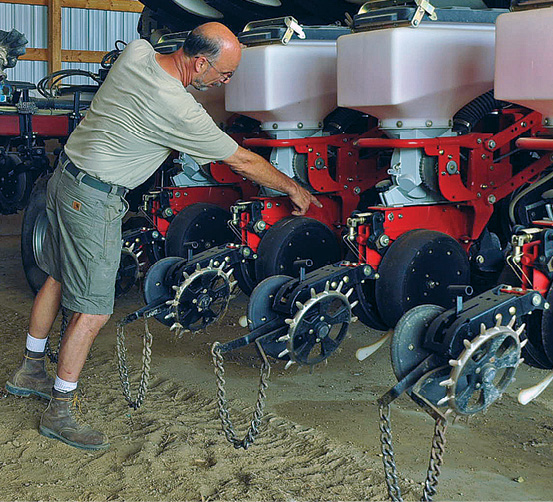 Converting a farm to no-till was a gradual process, but it’s paid off in many ways for Lee Thelen.

The longtime St. Johns, Mich., no-tiller has seen soil organic matter rise and erosion and compaction decrease on his mid-Michigan farm, where he grows corn, soybeans and wheat. Cover crops and manure applications are also taking soil health to a higher level.

“It was a cost-saving measure at the time,” Thelen says of his foray into no-till during the 1980s. “There were tough years and we ate a lot of peanut butter. My wife is an ag agent and her income helped us along.”

Challenging Start. Thelen started by no-tilling corn acres, but didn’t have the machinery to convert 100% of his farm. The capital outlay wasn’t expensive, but his first few years weren’t lucrative because of high interest rates at the time.

But Thelen’s no-till operation took a step up in 1994 when he added a Great Plains 20-foot no-till drill and John Deere 7000 eight-row corn planter that were more suitable for no-tilling.

Currently, Thelen’s primary rotation is corn and soybeans, but he also incorporates wheat and soybeans on some fields and all three together on some acres. His soils range from sandy to clay to loam and “anything in between,” he says. Most of his land is quite hilly and he finds no-till is a good fit for those acres.

“The trash on the field ensures the water stays put,” he says. “It doesn’t run downhill.”