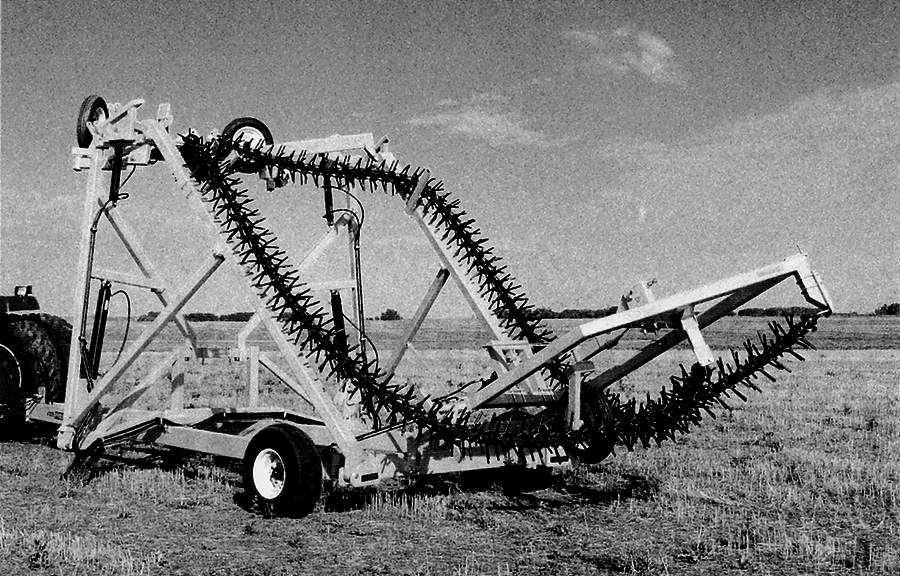 This no-tiller got solid benefits from using a Phillips rotary harrow to dry wet no-till soils.

Before heading for last January’s National No-Tillage Conference, Jack Herricks knew he wanted to narrow down his rows and make changes in his planting rig. Yet the Cashton, Wis., no-till veteran wasn’t totally motivated to make the changes prior to the 1999 growing season.

But based on what he’d learned about 20-inch corn rows and new no-till planting ideas at the St. Louis conference, he decided on the way home to put together the $45,000 nine-row no-till rig shown here.

Last spring, Herricks no-tilled 1,690 acres which included 450 acres of his own no-till corn. “Since we’re doing plenty of custom work, we’ll earn a fast payback for our investment in this new no-till planter,” he says.

He built his new 20-inch row rig around a Great Plains coulter cart and 6700 White planter after using 30-inch rows for 5 years.

Before fall harvest, the local Gleaner dealer built a 10-row corn head for 20-inch rows for custom harvesting. Silage for the 420-cow dairy operation is custom harvested with a Kemper…

And The Winner Is...