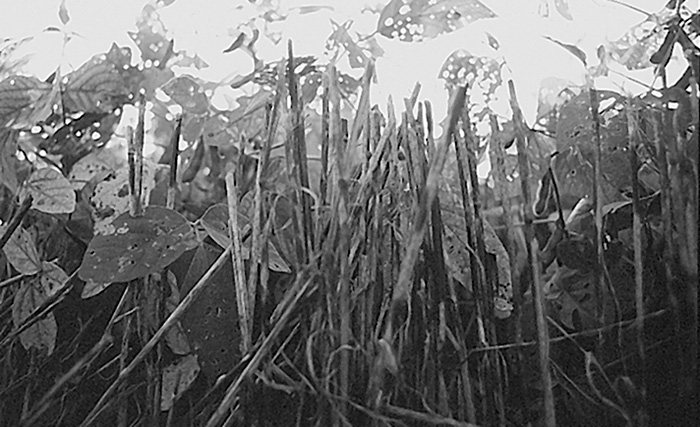 In the Northern Corn Belt, no-tilling doublecrop soybeans can be as risky as betting on $5 corn. Mark Meyer of Jenera, Ohio, makes the practice profitable by using polymer coated soybeans in relay intercropping.

Doublecropping soybeans following wheat can be risky north of Interstate 70 due to early frosts. In fact, Meyer estimates that only in 2 years out of 10 years have doublecropped soybeans been successful on his no-till farm that is located 55 miles south of Toledo.

In 1996, Meyer began relay intercropping, the practice of no-tilling soybeans into standing wheat.

The goal in most of the Midwest is to no-till these soybeans in mid-May when the wheat is 8- to 13-inches tall. By no-tilling soybeans earlier, you gain more growing season and yield.

Meyer had been relay intercropping soybeans into wheat for several years when he heard about the Intellicoat seed coatings. The polymer coated soybeans enable growers to no-till soybeans 2 or 3 weeks earlier, reducing equipment damage to the wheat.

Still another advantage with the coatings is trimming your no-till planter modification costs. In relay intercropping without the polymer seed coatings, no-till equipment is modified to avoid damaging the wheat crop at heading time when the soybeans are planted. Meyer estimates the cost of modifying his present no-till equipment for relay intercropping was about $600 to $700.

His same 6-row Kinze 2000 no-till planter with a 15-inch row splitter is also used to seed wheat. Because the 60-cell soybean meter plate…

Premium content is for our Digital-only and Premium subscribers. A Print-only subscription doesn't qualify. Please purchase/upgrade a subscription with the Digital product to get access to all No-Till Farmer content and archives online. Learn more about the different versions and what is included.
KEYWORDS Claude Butt coated seed crop dividers double-crop soybeans intellicoat intercropping Mark Meyer relay intercropping