All Is Not Doom, Gloom For The Environment

By Lynn Grooms posted on September 1, 2001 | Posted in Crop Protection

Thanks to no-till and other measures, North America’s air, water and soil quality has greatly improved.

The environment is in far better shape than environmental advocacy groups and the media would lead you to believe, maintains Jay Lehr, senior scientist with Environmental Education Enterprises in Ostrander, Ohio. 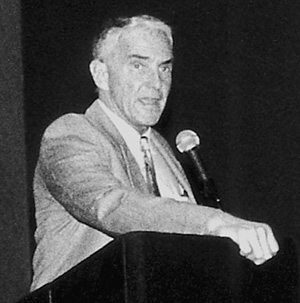 In the years since the environmental movement really began (in 1968 when Ohio’s Cuyahoga River actually caught fire), the quality of our air, water and soil has greatly improved. “We’ve achieved a lot over the last 30 years, but all you continue to hear is how bad things are,” says Lehr, who participated in helping the government develop federal environmental regulations between 1968 and 1983.

“Legislation written back then was one of the reasons that our resources are so good today,” says Lehr. “But that whole environmental effort was taken over, beginning in 1983.”

The Union of Concerned Scientists, for example, has tried to appropriate the environmental movement as its own in a time when we should be celebrating a safer environment, says Lehr. “Our air is cleaner and our surface and ground waters are cleaner,” he says. “But we’re not being told that.

“The reason is that there is an environmental industry that makes money packaging and selling a product that works against agriculture as well as promoting a political way of life which is socialism. The product is fear.”

Fear is supported by a media that “knows bad news sells,” contends Lehr. “It is also supported by the United Nations, which wants a global government and by people who believe we have too much…

Why No-Till Is Critical In Greenhouse Gas Mitigation

EPA Outmaneuvers the Federal Court System, Putting Off Until At Least 2026 What Could Likely Be Unreasonable Glyphosate Restrictions for No-Till Growers